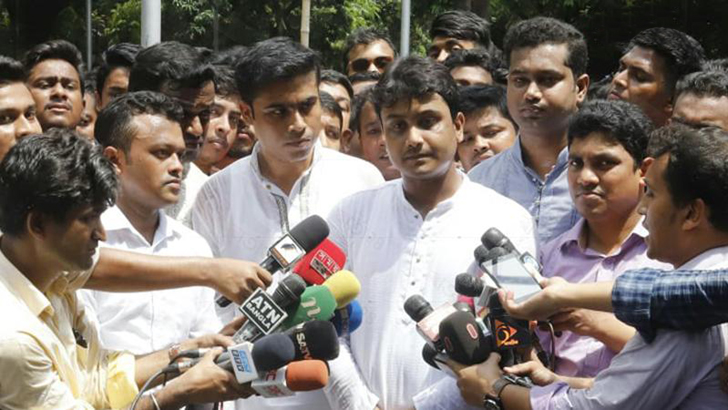 The leaders took the responsibility after paying tribute to Bangabandhu Sheikh Mujibur Rahman by placing a wreath at his portrait in front of Bangabandhu Bhaban at Dhanmondi this morning.

Earlier on Saturday, Bangladesh Chhatra League (BCL) President Rezwanul Haque Chowdhury Shovon and General Secretary Golam Rabbani have been relieved of their posts in the wake of various allegations, including extortion.

AL insiders said that the party president took the harsh decision against Shovon and Rabbani due to their alleged involvement in controversial activities, including extortion.

The BCL is a student wing of the ruling party, which has been in office for the third consecutive term.