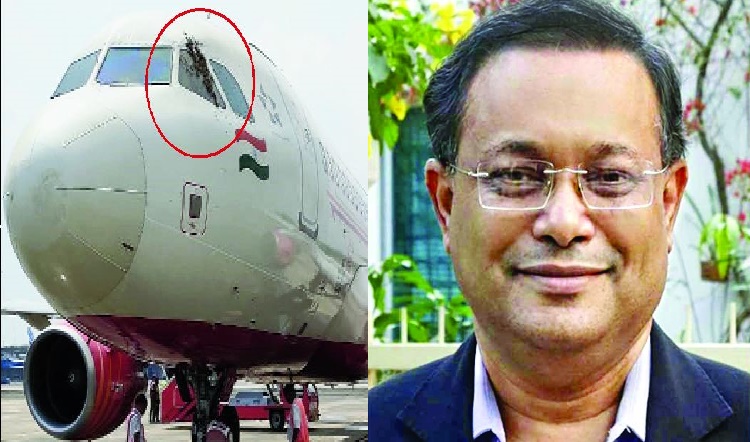 A Kolkata-Agartala Air India flight carrying 18-member Bangladeshi delegation including information minister Hasan Mahmud and actress Rokeya Prachy was delayed for around two hours on Sunday after a swarm of bees was found in front of the aircraft while it was taxing down the main runway in Kolkata, an airlines official said.

The plane with 136 passengers and crew members on board the AI 743 flight was scheduled to depart at 9:40 am.

The Bangladeshi delegation was on its way to the Tripura capital to attend a three-day film festival being organised by the Bangladesh government.

The bees were spotted by the pilots when the Airbus A319 was moving towards the runway for take-off. The pilots stopped the aircraft as further movement could have damaged the plane and harmed the passengers if the bees were to enter inside through the engines, the Air India spokesperson said.

Fire services personnel were called in to tackle the problem. After checking that the bees did not enter the aircraft nor any damage was caused to the plane, the flight was given a go-ahead.

The flight was earlier delayed for some time due to a technical snag. The plane finally left for Tripura at 12:45 pm.