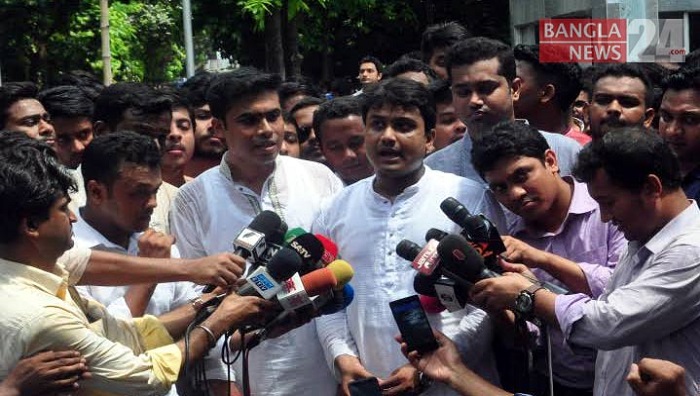 BCL Acting President Al Nahean Khan Joy on Monday said if allegations of irregularities against any leader of the existing BCL committee are found, stern organisational action will be taken against them.

He made the warning while talking to reporters after he paid tributes to Bangabandhu Sheikh Mujibur Rahman by placing a wreath at his portrait in front of Bangabandhu Bhaban at Dhanmondi this morning.

BCL acting general secretary Lekhak Bhattacharjee and other leaders of different units of the organisation were present during the programme.

Al Nahean Khan Joy said, “We have started our activities by placing wreaths at Bangabandhu’s portrait. We will do our best to hold councils of all expired committees of the organisation seeking everybody’s cooperation.”

He also said “If we found any allegations of irregularities against anyone of the current committee, we will take strict organisational action against him or her,” he said, adding that: “The BCL, founded by Bangabandhu, can’t be immoral.”

Later, No 1 vice-president Al Nahean Khan Joy and No 1 joint secretary Lekhak Bhattacharjee were given the charge of acting BCL president and acting general secretary respectively.