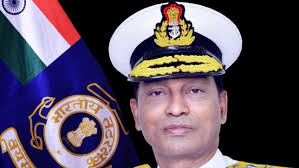 The visit of the Indian Coast Guard chief to Bangladesh will strengthen defence cooperation particularly in the field of maritime domain and will fortify the close and fraternal ties existing between the Coast Guards of the two countries, said the Indian High Commission in Dhaka on Monday.

The Director General is accompanied by two delegation members.

The Director General will also attend a high level meeting between Indian and Bangladesh Coast Guards.