James Rodríguez gets 2nd chance after return to Real Madrid 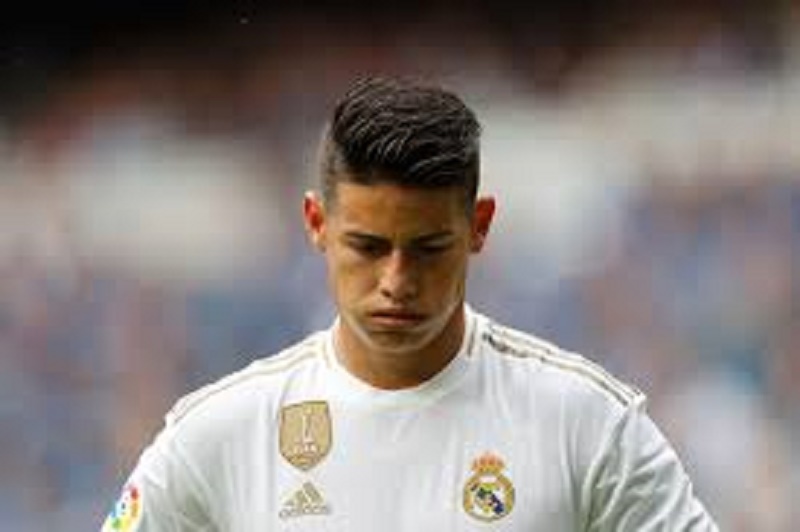 Having gone from star to cast-off at Real Madrid, Colombia midfielder James Rodríguez now has a second chance to regain a prominent role with the 13-time European Cup winners.

James arrived at Madrid after an outstanding 2014 World Cup, when he was the tournament's top scorer with six goals. He earned support from fans and coach Carlo Ancelotti with his ability to score and create chances for others, and appeared set to triumph with the Spanish powerhouse.

But an injury and competition from his teammates led to falling minutes. He eventually lost his starting spot and became unhappy when Zinedine Zidane used him sparingly. He left in 2017 on a two-year loan for Bayern Munich.

James' future was up in the air again this past summer when Bayern opted not to exercise the option of buying his contract outright, sending him back to Madrid. Rumors abounded in the Spanish media that he would be shipped out to Atlético Madrid or Napoli to be reunited with Ancelotti.

Neither of those moves materialized, though, and he started the season back with Madrid and its squad full of talented midfielders. James was facing an uncertain.

But injuries to Eden Hazard, Marco Asensio, Francisco "Isco" Alarcón and Luka Modric, and the exit of Dani Ceballos, left Zidane in need of a healthy player to link up with his forwards.

James seemed clearly thrilled to get the opportunity on Saturday when he made his first start since returning to the club. He hustled when pressuring the ball, and showed his excellent playing skills, combining vision and passing precision to set up Karim Benzema for his second goal in a 3-2 win over Levante.

Now he may have another chance to lead Madrid's attack when it visits Paris Saint-Germain in their Champions League opener on Wednesday.

"You can see he is very good. He is a player who has lots of talent," Zidane said Saturday. "He still needs to reach his peak fitness, but he left it all on the field with his aggressive attitude. I am happy for him."

Barcelona could start its European campaign at Borussia Dortmund on Tuesday without Lionel Messi, who hasn't played since injuring his leg in the preseason.

That leaves coach Ernesto Valverde with the intriguing question of whether Fati should take the next step and make his first appearance in the continent's elite competition.

If Messi does not recover in time, then Valverde will likely need to find somebody to accompany Luis Suárez and Antoine Griezmann in attack. That could either be the versatile Sergi Roberto or reserve team player Carles Pérez.

Or he could give his teen sensation another go at Dortmund.

"With Ansu there is going to be a lot of hype and huge expectations, but we have to take the pressure off him. Our job is to protect the player," Valverde said after Fati scored once and set up another goal in a 5-2 win over Valencia on Saturday.

"I see that he is a boy who is focused. But it is not easy to play for Barca, and for someone as young as Ansu Fati it is even more difficult."

Valencia is in chaos before it plays at Chelsea on Tuesday.

Owner Peter Lim fired successful coach Marcelino García Toral, who led the team to a Copa del Rey title last season, over García's complaints that the club had not reinforced the squad to his liking.

Several players voiced their disagreement with the decision on social media, and the team was beaten by Barcelona in its first match under new coach Albert Celades.

Not the best situation before a high-profile trip to Stamford Bridge, where Valencia has not won in three visits.

In Spain's women's league, Atlético Madrid has started its bid for a fourth consecutive title in perfect fashion ahead of its showdown with Barcelona.

Atlético won its second straight game to begin the campaign when it rolled past Sevilla 3-0.