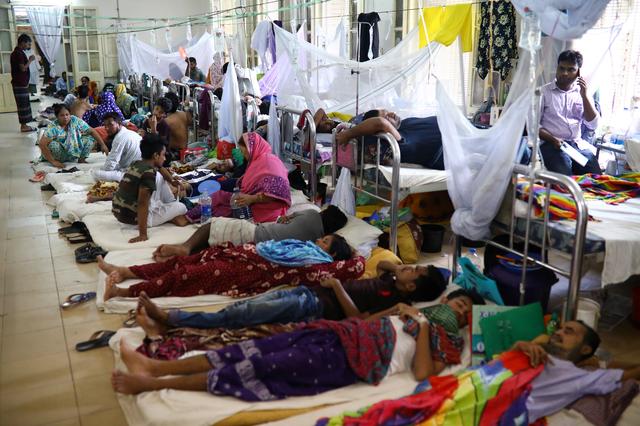 The government has said a total of 68 people have died due to dengue fever across the country from January 1 till Sunday.

In its regular bulletin, Health Emergency Operation Center and Control Room at Directorate General of Health Services (DGHS) said that the Institute of Epidemiology, Disease Control And Research (IEDCR) confirmed 68 deaths due to dengue from January 1 till Sunday this year.

The institute reviewed 116 deaths among 203 information of deaths sent to it so far, the bulletin said. Among them, 68 were confirmed to be dead because of dengue.

In a downward trend, as many as 619 new dengue patients were admitted to different hospitals across the country in 24 hours till Sunday morning.

Among them, 163 were hospitalised in Dhaka, the Directorate General of Health Services (DGHS) said.

About 2,546 patients are currently being treated at hospitals across the country – 1,033 in the capital.

Since the beginning of this year, 81,186 people were hospitalised with dengue, most of them in Dhaka, until Sunday morning. Of them, 78,437 made full recovery, according to the government.

Dengue, a mosquito-borne virus, spreads among humans through its carrier Aedes mosquito.