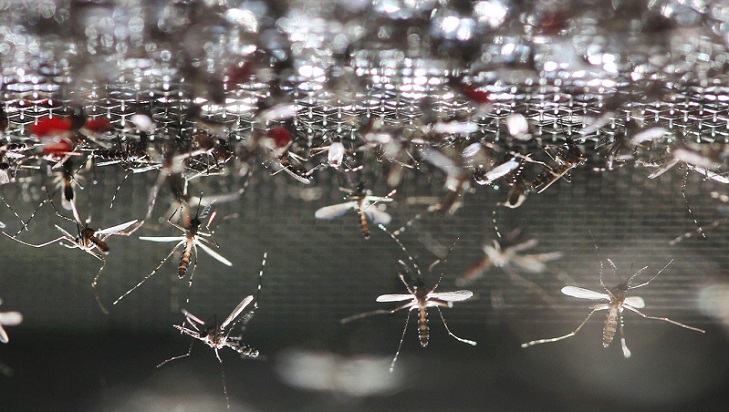 This year, the incidences of Dengue went out of proportion. Slowly, it engulfed the whole country and also claimed many lives in various places, both in urban and rural areas. The onslaught of Dengue with such vengeance and ferocity is rather a new phenomenon in Bangladesh. As a tropical country, we have been 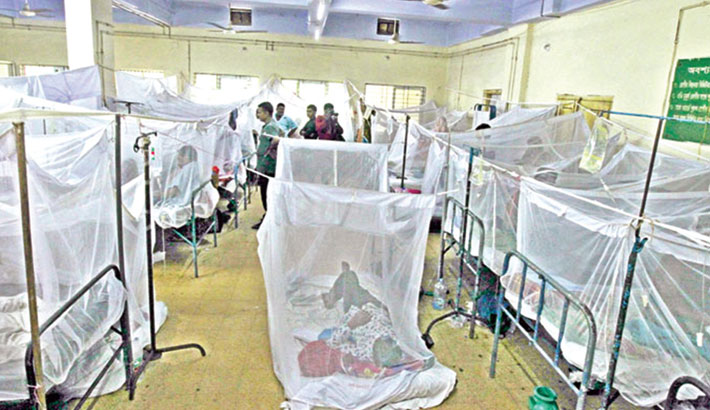 living with mosquitoes of various types from time immemorial. In fact, mosquitoes and the fever called Malaria have been a very old and hateful companion of the people of this part of the world, particularly Bangladesh. Dengue is a relatively new menace in that sense. According to the government agency, Directorate of Health Services (DGHS), about 70,195 people have been affected by dengue from January to August of this year. It has been reported that of those admitted to hospitals, about 65,150 or 93% were released from their respective hospitals and clinics following treatment by the end of the last month. The government sources mentioned that a total of 57 dengue patients have died across Bangladesh from January to August 2019. However, the unofficial death toll is reported to be higher at about 126.

Dengue is a mosquito-borne viral infection causing a severe flu-like illness with symptoms like piercing headaches, muscle and joint pains, and fever and full-body rashes. But this year, it showed new symptoms affecting the brain, heart, and liver. Dengue is caused by several species of female mosquitoes call the Aedes. The Dengue has become a global problem since World War II and is quite common in more than a hundred countries, particularly of Asia and Latin America. It is estimated that many millions suffer annually from Dengue in all these endemic countries. Bangladesh is one of those countries affected by dengue viruses. Records suggest that this year in Bangladesh, a record number of dengue patients went to different hospitals around the country to seek medical care and attention. This has been highest in the last 18 years. Hospitals, despite having a limited number of seats compared to the total demand for them, tried to accommodate and treat Dengue patients. Many hospitals treated dengue patients many times in excess of their capacities. The rush of the patients was so high that many of them received treatment staying in the hospitals' balconies and walkways.

The two City Corporations of Dhaka, North and South, were criticized by all quarters for their failures in preventing the outbreak of the Dengue to such an extent. It appeared that the city corporations were unprepared to face the situation. With time, as the Dengue was spreading with full force, the city corporations utterly failed to contain it. They did not have enough and effective insecticides to eradicate the breeding grounds that existed within their areas of jurisdiction of the Aedes mosquitoes. Even whatever they had were ineffective and inappropriate against the Aedes mosquitoes. They also lacked proper planning to combat the situation. However, the medical establishments that included hospitals, clinics, and health centers across the country came forward with whatever resources they had to help the infected and ailing people. Here, special mention should be made of the all-out efforts, help, and cooperation of the physicians, nurses and other medical personnel to treat the Dengue patients round the clock and keep the adverse situation under control. The government, on its part, made available all resources including financial and other relevant supports to treat the Dengue infected patients and contain the further spread of the disease around the country. The government also issued specific guidelines to raise awareness about the steps needed to stop the spread of Dengue and the measures to protect the common citizens from being infected by the mosquito-borne disease. The information ministry established a specific Dengue related media cell to provide necessary information to make people aware of the necessary guidelines about dengue treatment. For this purpose, both print and electronic media were used. After concerted efforts of all, now it is being reported that cases of Dengue are on the decrease. But there is no denying of the fact that Dengue severely affected the entire country with its ferocity causing deaths and suffering to innumerable innocent and hapless people. This adverse experience must be considered as a lesson for people from all walks of life.

The City Corporations and municipalities in particular in the future need to play an effective role in preventing the outbreak of Dengue by efficient conservation of the urban environment. This would entail keeping the water bodies clean, timely use of insecticides that can eradicate mosquitoes, and using an effective mechanism to enlist the city-dwellers' support and cooperation, especially in maintaining a hygienic environment. This would be a gigantic task on part of the municipalities and city corporations. These local government bodies can create a corps of volunteers to help them in their efforts in mobilizing people living in different towns and cities. However, these bodies also need to have well-developed plans if such an outbreak of Dengue occurs in the future. For this purpose, the experiences of other tropical countries that have faced similar situations need to be taken into consideration. The medical institutions also need to develop their capacities to combat such situations more effectively in the future. For this purpose, an appropriate plan of action needs to be developed. The government, on its part, needs to oversee and monitor the overall situation and make available all possible resources to support the efforts of all concerned stakeholders. However, the most important onus rests with the citizens. The institutions and authorities that have been mentioned earlier cannot prevent the outbreak by themselves alone and combat the post-outbreak situation caused by Dengue. They must be made aware of the concepts and practices of environmental management. It must be remembered that maintenance of hygienic environments and practices are in fact keys to prevent and combat the outbreak of Dengue in the country in the years to come.