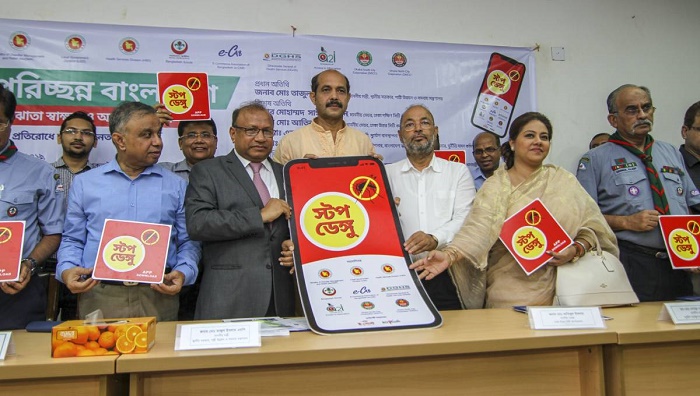 Dhaka North City Corporation (DNCC) Mayor Atiqul Islam has warned of legal action against the house owners if Aedes larvae are found at his residence.

The mayor said this while inaugurating ‘Special Cleanliness and Combing Operation (Second Phase)’ in front of  Sher-e-Bangla Cricket Stadium at Mirpur in the capital on Sunday.

The aim of the operation is to eliminate Aedes mosquitoes in 36 wards under the DNCC.

“We have gathered much experience from the first combing operation. We know where Aedes mosquitoes can breed. At the first operation, we did not take action against the house owners for having Aedes larvae. But this time, we will take action,” he said.

For conducting the drive perfectly, each ward has been divided into 10 blocks and each block has 10 sub-blocks.

Eight to 10 cleaners and anti-mosquito staffers will lead the combing operation at each sub-block.

The operation will end after 10 days. And local councillors will supervise the operations.