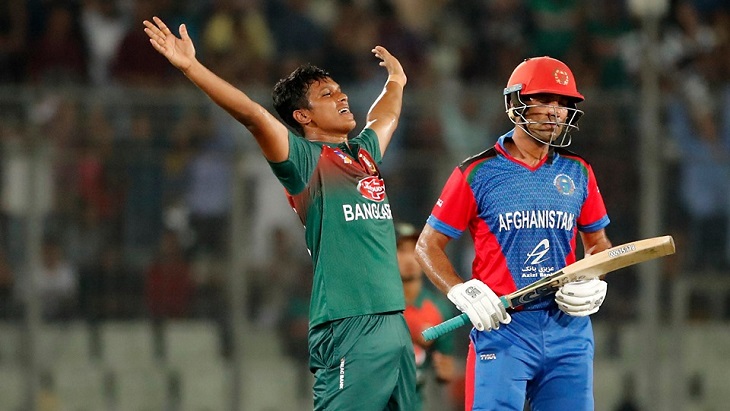 Bangladesh pace all-rounder Shaifuddin bowled out Afghan opener Rahmanullah at the very first ball of the innings. Then at the next over Shakib trapped Zazai into caught and then at the third over Saifuddin took Tarakai.

Afghanistan have won the toss and decided to bat first against Bangladesh in the third match of ongoing tri-nation T20 series at Sher-e-Bangla National Cricket Stadium on Sunday.