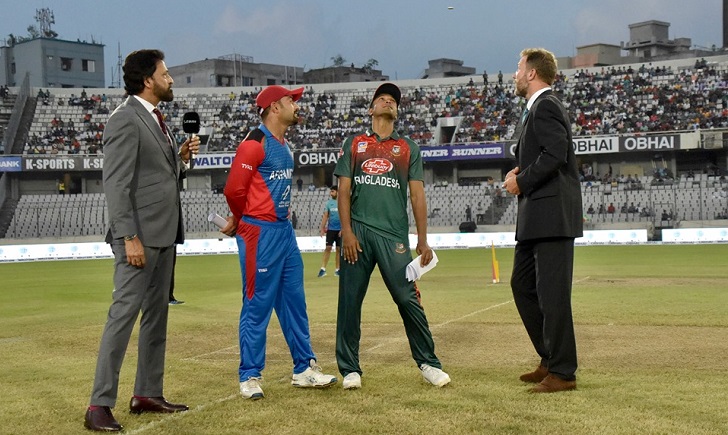 Afghanistan have won the toss and decided to bat first against Bangladesh in the third match of ongoing tri-nation T20 series at Sher-e-Bangla National Cricket Stadium on Sunday.