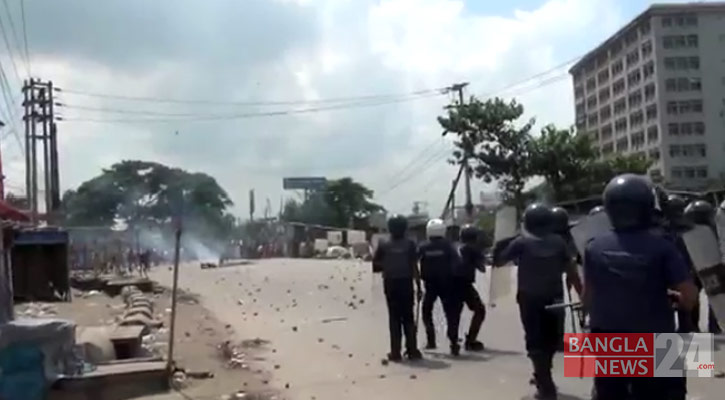 At least 30 people were injured as law enforcers clashed with garment workers who blocked Dhaka-Chattogram highway for arrears at Kanchpur in Narayanganj on Sunday morning.

Workers from Sinha Opex Group blockaded the area in the morning and later police went into action around 10:00am, leaving at least 30 workers injured.

The traffic movement on highway remained suspended for about an hour due to the unrest.