Nuclear war with India is a possibility: Imran Khan 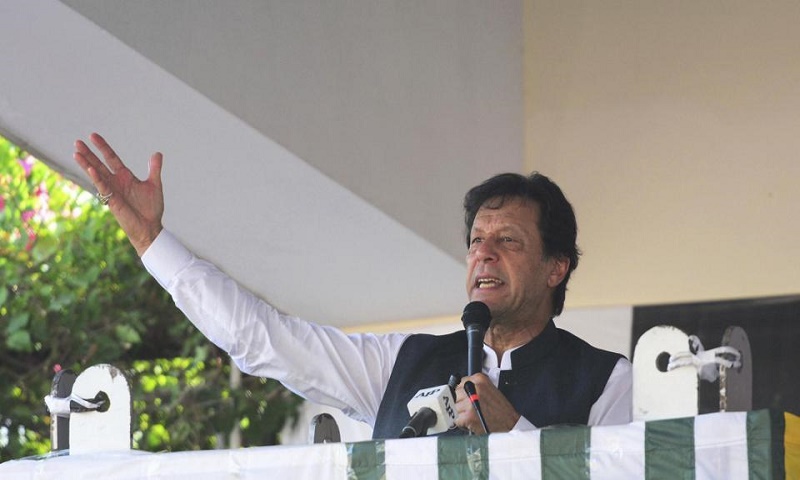 Pakistan Prime Minister Imran Khan has continued with his shrill pitch on Kashmir saying that a nuclear war with India is a possibility after New Delhi revoked the special status for Jammu and Kashmir.

Imran Khan, in an interview with Al Jazeera, said that Pakistan could lose in a conventional war with India, and then “there could be consequences”. He insisted that Islamabad will never start a nuclear war and he is “anti-war.”

“But I am clear that when two nuclear armed countries fight a conventional war, there is every possibility of it ending in a nuclear war,” Imran Khan said, reports Hindustan Times.

Khan has been upping the rhetoric against India since the NDA government nullified Article 370 that gave special status to Jammu and Kashmir.

On Friday, at a rally in Pakistan-controlled Kashmir, he said that the situation in Kashmir will drive more Muslims towards extremism and people “will rise against India”. He also said that if the Kashmir issue is not resolved by the international community it could “impact world trade”.

India maintains that the changes in Kashmir are an internal matter and said Pakistan has no locus standi.

Last week, Pakistan had used the UN Human Rights Council (UNHRC) session to target India and asked the UN body to ensure an end to restrictions in Jammu and Kashmir. New Delhi hit back saying that the Pakistani leadership was trying to promote cross-border terrorism.

US President Donald Trump had offered mediation on Kashmir during Imran Khan’s White House visit in July. The US president even said that Indian Prime Minister Narendra Modi had asked him to do so, the claim was swiftly denied by India.