Before UNGA, Trump may come for Modi Houston show 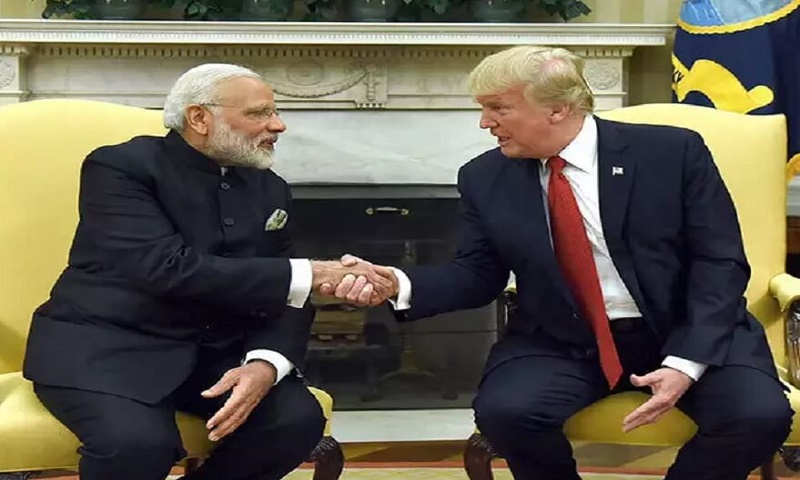 US President Donald Trump may travel to Houston, the energy capital of the world, for a meeting with Indian Prime Minister Narendra Modi on September 22.

Modi has mainly two engagements in Houston — addressing the NRI community at a stadium and a roundtable meeting with CEOs and top executives of US energy companies, reports The Indian Express.

Before arriving in New York for the UN General Assembly, Modi is scheduled to address the Indian diaspora in Houston on September 22. The Indian-American community summit, will be hosted by the Texas India Forum, a Houston-based non-profit.

New Delhi and Washington are exploring the possibility of Trump attending both these events or at least one of them. If he attends the diaspora event, which is expected to be a gathering of about 50,000 people, it will be a first for an American President.

The other possibility is that Trump will attend the energy CEOs roundtable with Modi, especially since his focus has been creating jobs and boosting US trade with other countries.

The idea of having the roundtable is to explore how India can import more energy from the US and how Indian companies can invest more in the US.

When the two leaders met on the sidelines of the G-7 summit in Biarritz, Modi had briefed Trump about this plan.

Besides this plan, New Delhi and Washington are also discussing the possibility of scheduling a visit to Washington DC for a meeting of the two leaders at the White House.

Modi is likely to leave for the US on September 21 and will first travel to Houston and then to New York from September 23 to 27.

Delhi and Washington are looking at September 25 and September 26 as possible dates for the visit and a bilateral meeting between the two leaders.