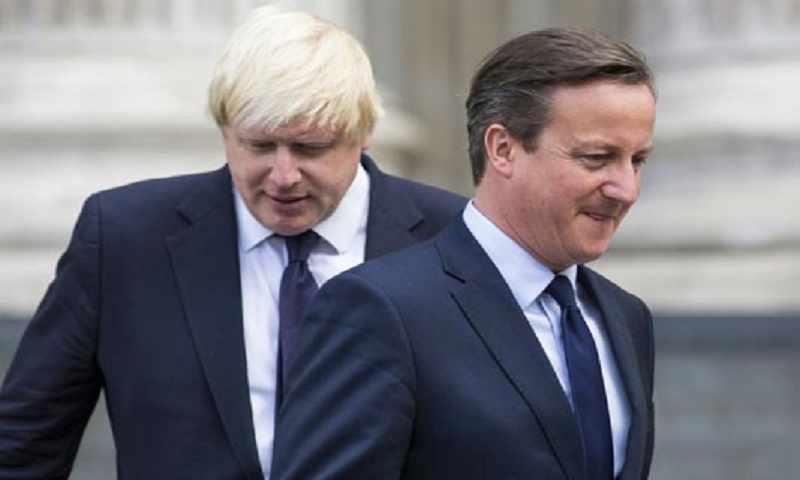 Former British Prime Minister David Cameron launched a blistering attack on the UK’s current leader Boris Johnson in extracts of his memoirs published Sunday, accusing him of only backing Brexit to further his own career.

He said Johnson, who took office in July, believed that campaigning for Britain to leave the European Union during the 2016 referendum would make him the “darling” of their Conservative party, reports AFP.

Damningly, he also said that Johnson privately believed there should be a second referendum to confirm the terms of Brexit — something the premier has strongly resisted since.

In extracts published in the Sunday Times newspaper, Cameron — who led the failed “Remain” campaign to stay in the EU — also accused his “Leave” rivals of lying to the public.

He wrote that Johnson and one of his top ministers Michael Gove — a former close friend of Cameron’s — “became ambassadors for the expert-trashing, truth-twisting age of populism” during the campaign.

Cameron, 52, has largely kept out of the public eye since stepping down in the wake of the historic Brexit vote.

But the publication of his memoirs comes at an explosive time, with Britain mired in political turmoil ahead of its scheduled exit from the bloc on October 31.

Johnson is desperately seeking a divorce deal from Brussels but insists Britain will leave without one if necessary — even after parliament blocked a “no deal” exit.

Johnson took over, vowing to get Brexit done, but he has also struggled as EU leaders warned they will not renegotiate, and with parliament still deeply divided over how to proceed.

On Monday, he will meet European Commission chief Jean-Claude Juncker and

In an interview with the Mail on Sunday, Johnson said his team was making a “huge amount of progress” in the talks and he was “very confident” he could get a deal before a summit of EU leaders on October 17.