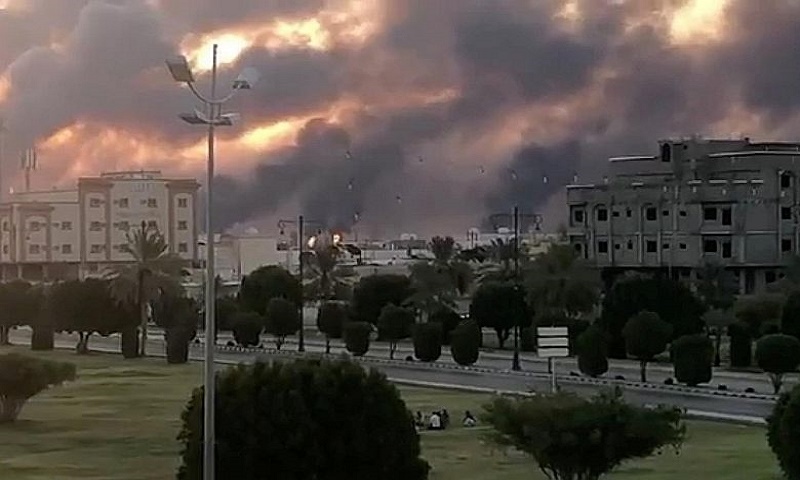 He dismissed a claim by Yemeni Houthi rebels that they had attacked the two facilities, run by state-owned company Aramco.

Correspondents say they could have a significant impact on world oil prices.

If the rebels were responsible for the attacks, their drones would have had to fly hundreds of miles from Yemen into central Saudi Arabia.

Meanwhile experts are investigating whether the attacks could have been carried out from the north - either by Iran or its Shia allies in Iraq - using cruise missiles rather than drones, the Wall Street Journal reports.

Tensions between the US and Iran have escalated in recent months since US President Donald Trump abandoned a deal limiting Iran's nuclear activities last year and reinstated sanctions.