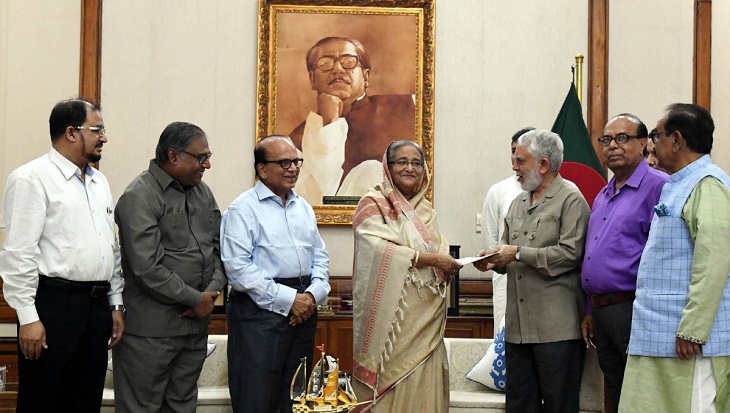 Prime Minister Sheikh Hasina on Saturday donated a total of Tk 13.65 crore to 15 organisations and individuals, including Tk 10 crore to Anjuman Mufidul Islam for the construction of a 15-storey Anjuman JR Tower.

The Prime Minister handed over cheques to the authorities and persons concerned at her official residence Ganabhaban.

Sheikh Hasina Adarsha College was given Tk 5 lakh for the construction of its infrastructures.

According to the website of Anjuman Mufidul Islam, Anjuman is building a 15-storey commercial building with three basements in Kakrail in the capital under Anjuman JR (Jamilur Rahman) Tower Project.

The multistorey building will be a source of stable income for Anjuman. This building will house its head office and Jamilur Rahman Technical Institute.

It is estimated that this building will cost about Tk.90 crore, which will have to be raised through public donations and institutional (including GoB) grant.