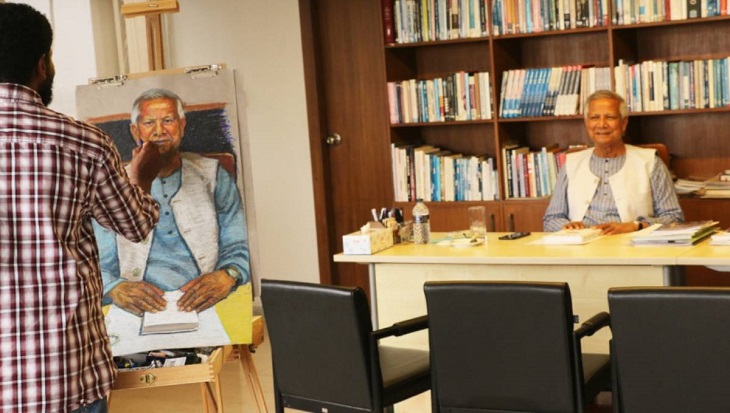 Huckaby, a Professor of Art at the University of Texas at Arlington, is famous for his use of thick, impasto paint to create murals and to produce large portraits. His work can be found on display at various museums such as the San Francisco Museum of Modern Art, the Whitney Museum of American Art, the Museum of Fine arts in Boston, the Minneapolis Institute of Art, The Art Institute of Chicago and the Nasher Museum of Art at Duke University. He has an MFA from Yale University.

The depiction of the trailblazers will be displayed in Kirkland Hall, the Administrative Building of the University, as part of the Vanderbilt Trailblazers initiative which recognizes individuals in the Vanderbilt community who have made positive impact both at the university and in society at large.

They selected five individuals for this round of portraits. Professor Muhammad Yunus was a student at Vanderbilt University from 1965 to 1969, and obtained his doctorate degree in Economics, said a press release on Saturday.

Professor Yunus was awarded the first-ever distinguished alumnus award by Vanderbilt University in 1996  and the university’s highest honor Nichols-Chancellor Medal in 2007.