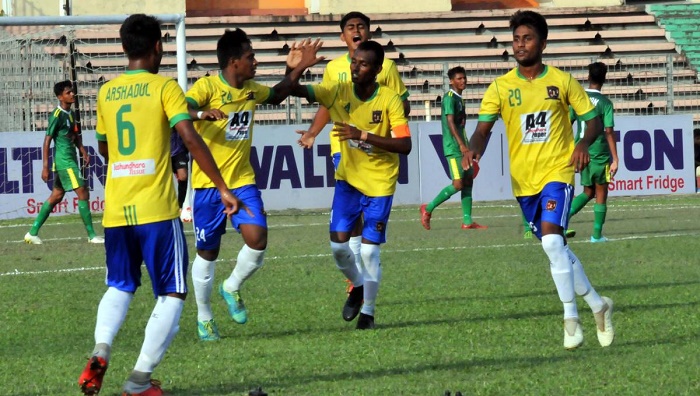 Sheikh Jamal DC crushed Rahmatgonj MFS by 5-0 goals in their first match of the Walton Under-18 Football Tournament at the Bangabandhu National Stadium on Saturday.

Badhon scored twice in the 13 and 65th minutes while Rabbi, Milon and Jihan scored one goal each in the 21st, 55th and 83rd minute respectively for Sheikh Jamal DC.

Miraj Hawladar of Rahmatgonj MFS received red card in the 49th minute of the match.

In the day’s another match, Dhaka Abahnai Ltd played to a goalless draw against Bashundhara Kings at the same venue.

In the next matches on Sunday, Sheikh Russel KC will play NoFeL Sporting Club at 4 pm and Muktijoddha SKC will take on Brothers Union Club at 6:30 pm.