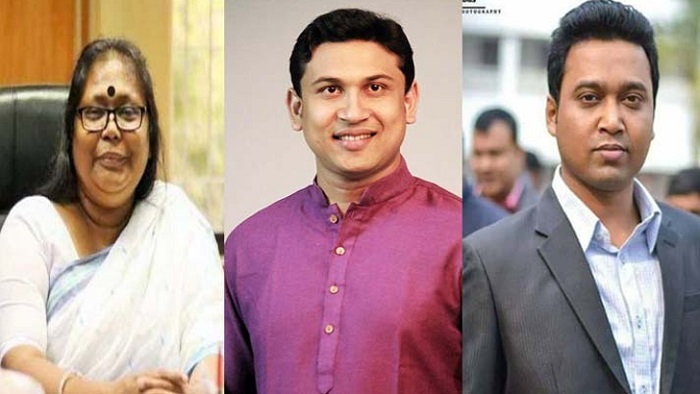 “The BCL made a fabricated story to conceal their crimes and get rid of the Prime Minister Sheikh Hasina’s annoyance,” the vice chancellor said.

She came up with the claims at a press conference in her residence on the JU campus around 12:00pm.

Challenging BCL general secretary to prove his claims, Prof Farzana Islam said she will request Chancellor of the university President Abdul Hamid and the University Grants Commission (UGC) authorities to look into the matter.

She also called upon the university authorities to investigate the allegations of money fraudulence in the ongoing development project of the university.

He made the claim in a letter that he and BCL president Shovon jointly wrote to Awami League president Sheikh Hasina apologising for their mistakes and controversial activities two days ago.

However, the Public Relation Office of the university as well as BCL JU unit termed Rabbani’s claim of money fraudulence as blatant lies through separate releases yesterday (Friday).

According to media reports BCL president Shovon and Rabbani have recently written a letter to Sheikh Hasina apologising for their mistakes and controversial activities.

The letter, signed by BCL central general secretary Golam Rabbani, was submitted to one of the four leaders, who have been assigned by the AL president to look after the BCL affairs.

They sought a chance from the AL president to correct themselves. They also explained the allegations of controversial activities, raised against them.

In the letter, they also explained the allegations of money fraudulence in the ongoing development project of the JU and claimed that they didn’t receive any money from the JU authorities rather Prof Farzana Islam paid Tk 1 crore 60 lakh to two leaders of BCL JU unit from the project.

Prior to this, AL president Sheikh Hasina ordered to dissolve the BCL central body as she got annoyed at their controversial activities, according to a media report of a Bangla national daily, published on Sunday (August 8).

Even, their special passes to the prime minister’s official residence Ganabhaban have been revoked for their alleged involvement in various controversial activities.