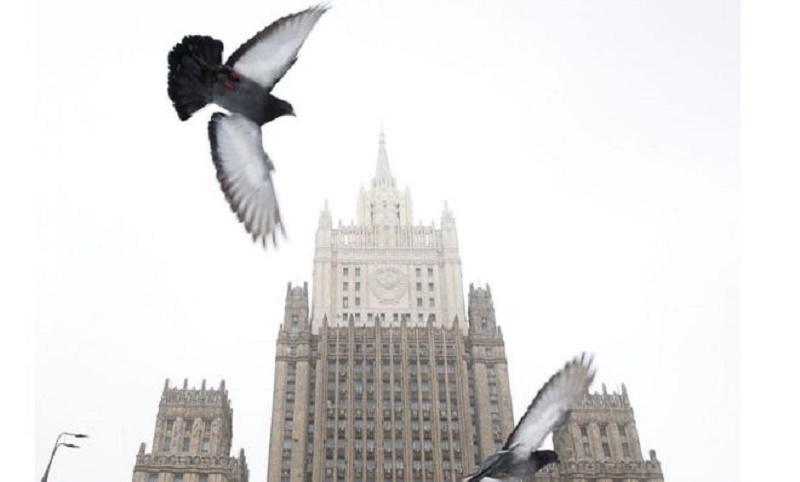 The CIA has declassified details of its secret Cold War spy-pigeon missions.

The files reveal how pigeons were trained for clandestine missions photographing sensitive sites inside the Soviet Union.

The release also reveals how ravens were used to drop bugging devices on window sills and dolphins were trained for underwater missions,reports BBC.

The CIA believed animals could fulfil "unique" tasks for the agency's clandestine operations.

Inside the CIA's headquarters in Langley, Virginia, is a museum, sadly closed to the general public. During a visit to interview the then-director I caught sight of something unusual amid all the bugging devices and spy gadgets.

It was a model pigeon with a camera strapped to it.

My interest was heightened by the fact that I was writing a book about British spy pigeons during World War Two. But I was told - repeatedly - that details of CIA spy pigeon missions were still classified. That was until now.

The 1970s' operation was codenamed Tacana and explored the use of pigeons with tiny cameras to automatically take photos, newly released files show.

It took advantage of the fact that the humble pigeon is possessed of an amazing ability - almost a superpower. They can be dropped somewhere they have never been before and still find their way hundreds of miles back home.

The use of pigeons for communications dates back thousands of years but it was in World War One that they began to be used for intelligence gathering.

In World War Two a little known branch of British intelligence - MI14(d) - ran a Secret Pigeon Service which dropped birds in a container with a parachute over Occupied Europe. A questionnaire was attached. More than 1,000 pigeons returned with messages including details of V1 rocket launch sites and German radar stations.

One message from a resistance group called Leopold Vindictive produced a 12-page intelligence report sent directly to Churchill. After the war, a special "Pigeon Sub-Committee" of Britain's Joint Intelligence Committee looked at options for the Cold War. But while British operations were largely shut down, the CIA took over in exploiting pigeon power.

Operation Tacana would grow out of work done in the 1960s that looked at uses for different animals. The files reveal that the CIA trained a raven to deliver and retrieve small objects of up to 40g from the window sill of inaccessible buildings.

A flashing red laser beam was used to mark the target and a special lamp would draw the bird back. On one occasion in Europe, the CIA secretly delivered an eavesdropping device by bird to a window (although no audio was picked up from the intended target).

The CIA also looked at whether migratory birds could be used to place sensors to detect whether the Soviet Union had tested chemical weapons. It also appears there were trials of some kind of electric brain stimulation to guide dogs remotely, although many of the details are still classified.

In the 1960s, the files show the CIA looked at using dolphins for "harbour penetration" either manned or unmanned. One problem was in handing over control from a trainer who had worked with a dolphin to a field agent.

In Key West Florida, a team tried to use bottlenose dolphins for underwater attacks against enemy shipping. There were also tests on whether dolphins could carry sensors to collect the sounds of Soviet nuclear submarines or look for radioactive or biological weapons traces from nearby facilities.

They also looked at whether dolphins could retrieve or place packages on ships on the move.

The details are occasionally comic. One file details training using Canadian falcons out on a boat before mentioning they had tried using a cockatoo. "We are completely in the dark as to what the possibilities are in regard to this critter," the author writes.

Pigeons proved the most effective and by the mid 1970s the CIA began flying a series of test missions. One was over a prison, another over the Navy Yards in Washington DC.

The camera cost $2,000 and weighed only 35g, the harness less than 5g. Tests showed that about half of the 140 pictures on a roll of film would be of good quality. The pictures show remarkably clear details of people walking and cars parked at the Navy Yard.

Experts found that the quality of the photographs was higher than those produced by spy satellites operating at the time. One fear raised during the tests was if a member of the public stumbled upon "pigeon and camera" and assumed that the government was spying on its own, so an elaborate cover story was cooked up.

The intended mission was for pigeons to be used against "priority" intelligence targets within the Soviet Union. The files indicate that the birds would be secretly shipped to Moscow. The CIA looked at lots of ways they could be released, possibly from under a thick overcoat or from a hole in the floor of a car when parked.

They even looked at whether pigeons could be launched from a side window while the car was travelling at up to 50mph. A pigeon would be launched a few miles from a target installation and would then fly over it before returning to the place it had been trained to recognise as home.

It appears from a September 1976 memo that a target had been selected - shipyards at Leningrad that built the most advanced Soviet submarines.

At this point, it was decided the operation looked feasible. But, tantalisingly, that is where the story in the declassified files ends.

How many actual missions did the spy-pigeons fly and what intelligence did they collect? That, apparently, is still secret.