US and Brazil agree to Amazon development 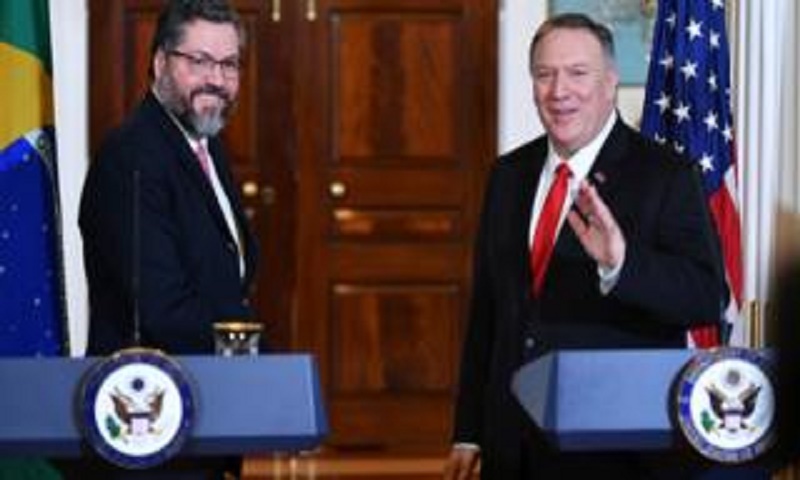 The US and Brazil have agreed to promote private-sector development in the Amazon, during a meeting in Washington on Friday.

They also pledged a $100m (£80m) biodiversity conservation fund for the Amazon led by the private sector, reports BBC.

Brazil's foreign minister Ernesto Araujo said opening the rainforest to economic development was the only way to protect it.

Ernesto Araujo also hit back at criticism of Brazil's handling of the forest fires.

He told reporters in Washington that claims the country is "not able to cope with the challenges" were false.

On Friday, Finland urged EU countries to consider stopping importing beef and soybeans from Brazil in order to put pressure on Brazil to tackle the fires.

Brazil's President Jair Bolsonaro has faced criticism for failing to protect the region.

More than 80,000 fires have broken out in the Amazon rainforest so far this year.