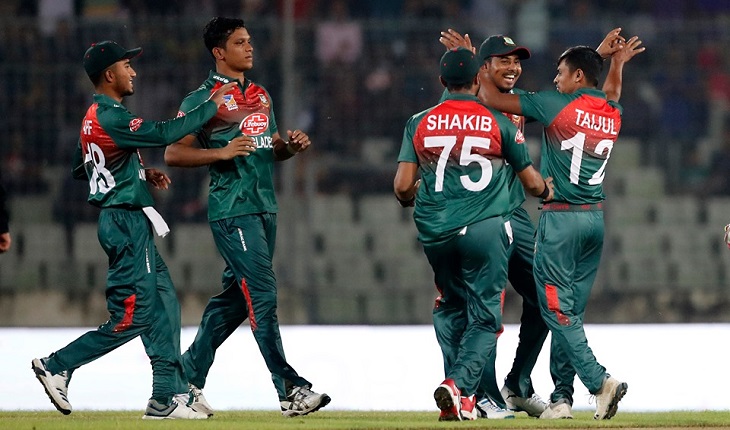 Earlier Mustafizur Rahman and Taijul removed Ervine and Taylor respectively. Tijul is on debut takes wicket with his first ball in the format and gives Tigers their first breakthrough.

Bangladesh skipper Shakib Al Hasan has won the toss and elected to field first in their triangular T20I series opener against Zimbabwe at the Sher-e-Bangla National Stadium today.

The match has been reduced to 18-overs-a-side. The toss took place at 7:45 pm and the match started at 8:00 pm. The match was originally scheduled to start at 6:30 pm but wet outfield due to overnight and early morning shower delayed the start of the play.

It was raining in Mirpur since the morning on Friday. But hours before the game, the rain stopped and groundsmen put their best foot forward to make the field ready to host the game.

Along with Bangladesh and Zimbabwe, Afghanistan are also taking part in this event.