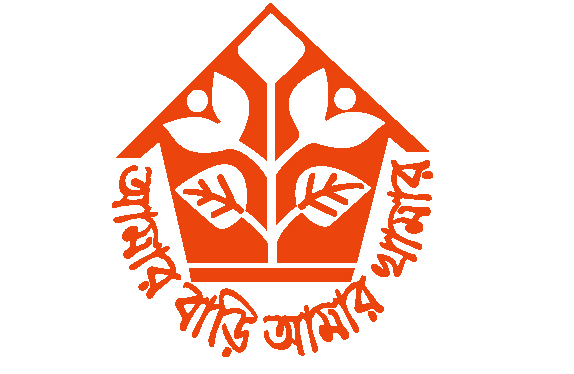 Over 2.32 crore poor and extreme poor people across the country are being benefitted from the present government’s ‘Amar Bari Amar Khamar’ project, one of the 10 priority initiatives of Prime Minister Sheikh Hasina.

The government renamed the ‘Ektee Bari Ektee Khamar’ project as ‘Amar Bari Amar Khamar’ after assuming office in January this year with a view to making the rural people, particularly the poor, self-dependent and bringing them to the mainstream of development.

Under the project, Akber Hossain said, a total of 1,05,254 Village Development Associations (VDAs) have been formed across the country from which about 46.43 lakh families are getting benefits. The beneficiaries have deposited over Taka 1,705.95 crore till September 12, 2019 and the government has provided Taka 1,494.19 crore as grant under the project, he said.

He informed that over 16 lakh household farms have so far been established across the country. The figure is expected to reach 20 lakh by June 2020.

Through the project, Akber Hossain said, the government is assisting capital formation of the poor families, sharpening their skills through training and motivation.

The project also allows the beneficiaries to work together for taking decisions independently, develop their need based small family farms and find market of their products. Members of the VDAs are self-reliant and capable of running their businesses independently, he added.

The ABAK project director said the government is giving special focus on women as a VDA is formed with 60 members out of which 40 are women.

Under the project, he said, each member of VDA saves Taka 200 per month and the government gives each of them an equal amount as bonus. All the money is deposited to the bank account of VDA.

After getting fund from the respective VDA, a member of each poor family develops small farms like fishery, livestock, poultry, nursery and vegetable gardening.

Under the project, steps were taken to bring every inch of land of the low-income families under cultivation, he said.

After making an income from their farms, members of each VDA make repayment of their loans in installments to the account of the VDA. Thus the fund is being revolved and utilized for poverty alleviation.

The ABAK director said they are considering increasing the amount of credit facilities to maximum Taka one lakh from the existing Taka 50,000 in the next year.

Currently, the government, through the ABAK project, is disbursing maximum Taka 50,000 as loan among the rural people to initiate small livestock farms, he said.

“We have a plan to make the figure double from the next year as the existing amount is not enough for improving the current living standard of the poor families,” he added.