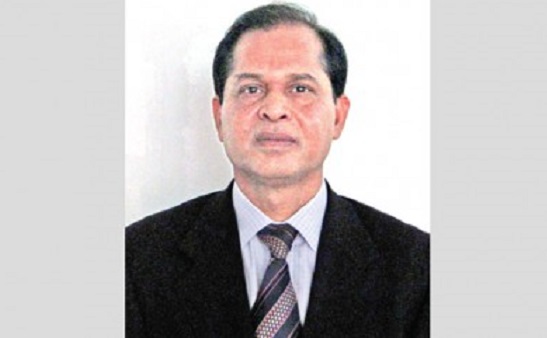 The Daily Sun, on the front page of its 7th September issue, published a report titled ‘Syndicate helps Rohngyas get NID, passports by FM Mizanur Rahman. According to that report, some Rohingya people are getting Bangladesh passports through local Bangladeshis using required documents (false or genuine) as provided by the concerned agencies of Bangladesh. One Rohingya needs to invest a handsome amount to complete the entire system. As reported, a strong syndicate (consisting of the locals and Rohingyas) having a good network with all concerned has been pursuing these activities to facilitate Rohingya people’s journey to other countries. The reporter has also cited some of the instances of getting Bangladesh passports by the Rohingyas through the syndicate spending Tk. 60,000 to Tk.1.09 lakh for each passport.

We know that this is not something new. After the influx of Rohingyas into Bangladesh in the 1980s, many of of them did the same and now they are working in the Middle East or Malaysia or some other countries. In all those cases, the Rohingyas did manage, like now, our own people and officials, mainly using Cox’s Bazar as their permanent address, to get Bangladeshi passports and other documents. I would like to share my own experiences in the similar situations that we faced in Malaysia in 2011 during legalisation of illegal/undocumented foreign workers staying there. At that time, we had to issue about 2.5 lakh hand-written passports to our nationals within a very short span of time.

We followed three stages for the issuance of passports. In the first stage, the application package and documents were screened for preliminary verification. Then every applicant had to go through a face-to-face interview process for positive identification and verification of nationality. In some cases, particularly the people from Cox’s Bazar area, when identification of nationality was not possible (seemed to be Rohingyas), the applications were referred to Dhaka for police verification. And finally the police reports identified most of them as Rohingyas. However, a very few of them were found even using their known Bangladeshi middlemen to get positive police reports. But above all, the face-to-face interview helped us a lot.

We had also faced the problems of forged bank slips as well as fake/tempered documents submitted along with the applications that needed to be verified. On request, the mission was provided with the on-line checking facilities by the Bank. The Malaysian Home Ministry also provided us the facilities for on-line verification of the fingerprint documents. Though that took away our valuable work hour and energy, but we didn’t have any other choice.

We had the information that there were some Rohingyas staying in Malaysia with Bangladesh passports. As an ongoing process, we had cancelled a good number of passports that belonged to these Rohingyas once they submitted those to our mission for renewal. So during the legalisation process, we were careful in handling the passport issues. It is to be noted that there were few hundred thousands Rohingya refugees in Malaysia at that time and except a few, they were registered with the UNHCR.

We are also aware of the fact that a good number of Rohingya workers, staying in the GCC countries, had been using Bangladesh passports for years. It had demaged our image once they were caught by the police for illegal stay or due to their unlawful activities. It was a grave concern for our government. Most probably, that problem has been solved to a great extent with the introduction of MRPs.

We believe that our authories are well aware of the people who are involved in these activities.The local people know who are issuing NID or passports and false or genuine certificates. They know the brokers or middlemen who manage everything. They know the people connected with human trafficking.

In fact, the main culprits of all these activities are nobody but our own Bangladesh people, whether one is identified as a broker or an official. And obviously, they are doing this for money. We have also full confidence on our authorities that they have the ability to stop all these activities that facilitate the Rohingyas to procure very important documents including NID, passport, birth and marriage certificates, only if they like to do. It is true that in the earlier years, we did not have such modern technologies that we have now, like NID cards, MRPs or e-passports, or storage of data base of our nationals, etc. It has now become much easier to control and monitor this issue than before.

It might be, at this moment, thought that the number of such cases are not be worried. But, once it starts, it will increase very quickly. Therefore, it is better to take necessary measures without losing any more time. In this regard, I would like to place the following points for the kind consideration of our relevant authorities – (1) we should identify the syndicates immediately and bring them to justice; (2) we have to find out the sources of money of the Rohingyas for such investments; (3) movements of the Rohingyas should be restricted inside the camp areas; (4) no outsider, except the people on duty, should be allowed to visit the camp areas; (5) data base of all Rohingyas should be completed as soon as possible; (6) all passports issuing offices should have access to the server of the NID of the Election Commission and the server of the data base of the Rohingya people; (7) in case of any doubt, an applicant should be physically interviewed; (8) as our authorities know the usual routes of the human trafficking and the traffickers, they should take necessary measures, not only for Bangladeshis but for the Rohingyas also; (9) all such activities and communication with the locals could be stopped if the Rohingyas are relocated to an isolated place in any corner of the country; (10) though our law enforcement agencies have already taken various measures to prevent Rohingyas from escaping the camps, however their efforts should be more intensified; (11) monitoring and surveillance system should be developed in all areas that concern the Rohingya people;  etc.

In any way, we should not forget that a passport is an important document for a citizen of a country and at the same time, it carries a country’s image. As passports are the government’s property, it is the responsibilty of the authority concerned to safeguard those. The Rohingya people might not have any obligation, but our people should have the obligation to protect our country’s interest, security and image. If our people do not help the Rohingyas in getting any Bangladesh documents, such as passports or NID cards, they would never be able to get those. We sincerely expect that no Bangladeshi will entertain such initiatives of the Rohingyas anymore.

We do not know, one day, the Rohingyas holding Bangladesh passports or NID cards will not claim themselves as the nationals of Bangladesh. Then, it will be a billion dollar question. It is said, prevention is better than cure.