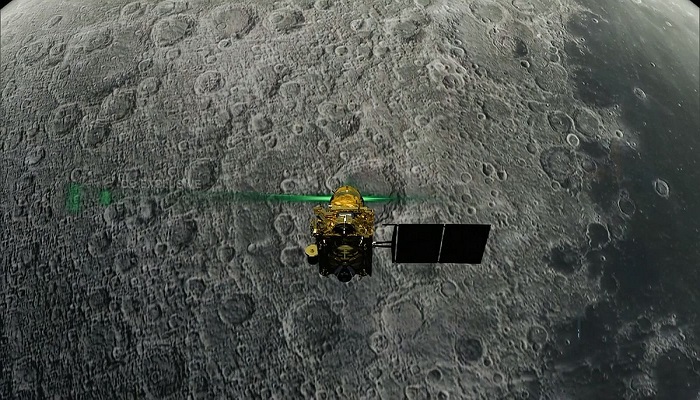 As the ISRO continues to make all-out efforts to establish a link with Chandrayaan-2’s ‘Vikram’ lander, US space agency (NASA) has also reportedly joined the “home-calling” exercise.

In a major heartbreak for the Indian Space Research Organisation (ISRO), communications between India’s moon lander Vikram and the orbiter got snapped as the former was only 2.1 km away from its designated landing spot on the moon’s South Pole in the wee hours of September 7.

“Attempts are being made to re-establish communication links with the moon lander Vikram. The attempts will be made till September 20-21 when the sunlight will be there in the area where the Vikram has landed,” an ISRO official was quoted as saying by IANS.

Scott Tilley, an amateur astronomer who found American weather satellite IMAGE in 2018 that was considered to be lost, on September 10, tweeted: “#DSN 24 beams 12KW of RF at the #Moon in hopes of stimulating #Chandrayaan2’s lander #VikramLander into communicating with home.

“Here’s a eerie recording of the searcher’s signal reflected off the Moon and back to Earth via EME (Earth Moon Earth) on 2103.7MHz (sic).”

“Meanwhile the DSN24 continues emitting its beacon in hopes #VikramLander will respond…A Good Night all! (sic)” he said in a recent tweet.

Meanwhile, the orbiter of Chandrayaan-2 has located its moon lander Vikram, but no communication has been established yet.