Talking on phone, woman sits on snakes, gets bitten and dies 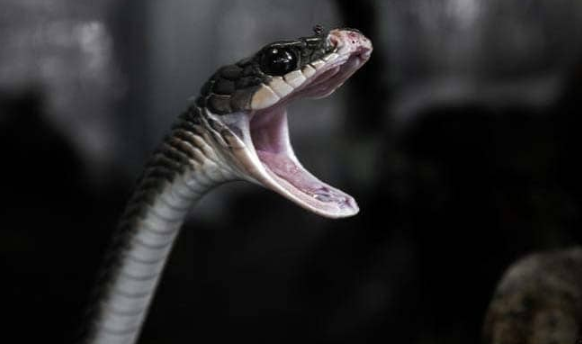 In a bizarre incident, a woman while talking on the phone sat down on a pair of snakes, got bitten and died minutes later.

The incident took place in Riyanv village in Gorakhpur on Wednesday.

Gita, wife of Jai Singh Yadav who works in Thailand, was talking to her husband on phone. A pair of snakes had entered the house and were reportedly on the bed which had a printed bed cover.

Gita walked into the room while talking on phone and without seeing the snakes, she sat down on the bed. The snakes bit her and within minutes, she fell unconscious.

Other family members rushed her to a nearby hospital where she died during treatment.

When the family members and neighbours returned to her room, the snakes were found on the bed. Angry neighbours beat the snakes to death.

Veterinary experts said that the snakes were apparently mating when the woman sat on them.