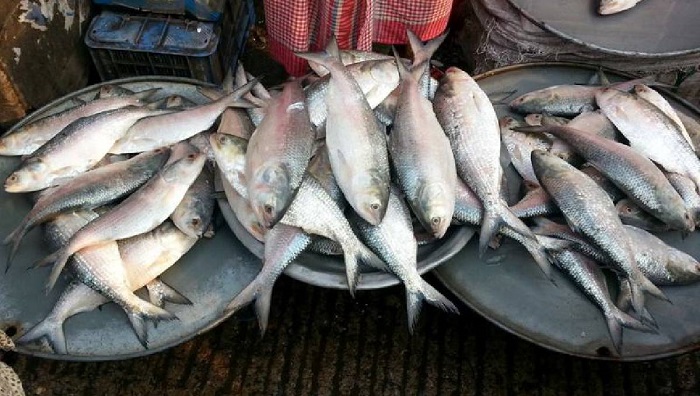 Although the supply of hilsa has increased in recent days after a two-month ban, the high demand for the fish has pushed up its prices in Khulna.

Fish markets are reporting buoyant supply after a 65-day ban. The wholesale and retail markets are abuzz with buyers and sellers but there is one problem – the high price.

“It’ll go down once the supply increases,” he said.

Md Imdadul Mridha, a fish seller of Moyla Pota KCC evening market area, said they were not making much profit despite the high prices.

Md Faruk of Boyra Bazar area said the price was low last year. “The traders say it’ll come down but there’s no sign of that,” he said.

Md Ramjan Ali Hawlader, a member of Khulna Fish wholesale and retailers association, said the supply was relatively low against a high demand.

Md Jahidul Islam, manager of number 5 Skid Ghat, agreed. “The price will come down once the supply increases,” he said.

In March, Education Minister Dipu Moni said the production of hilsa increased by 78 percent in the last decade.