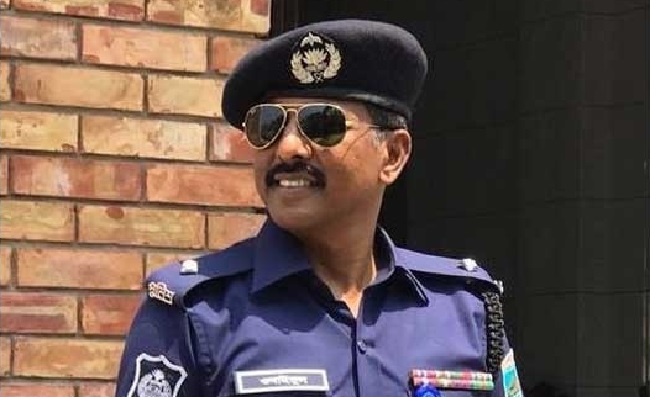 Officer-in-Charge (OC) Obaidul Hoque of the Pabna Sadar Police Station has been withdrawn over his alleged involvement in marrying off a rape victim to her ‘rapist’ at the police station.

Sub-inspector (SI) Ekramul Haque has been temporally suspended too on the same charge.

Confirming this, superintendent of police (SP) of the district Sheikh Rafiqul Islam on Thursday said, “The district police authorities have taken these decisions around 11:30 am.”

The SP said, “Two more accused have also been arrested for gang-raping the victim.”

With the fresh arrests, four accused were arrested in this incident so far, he added.

A mother of three has recently been married off to her ‘rapist’ at the Pabna Sadar Police Station after she was gang-raped at Dapunia area of Sadar upazila.

Locals said she was gang-raped by her neighbour Rasel Ahmed and his associates -- Hossain driver, Shariful Islam Ghantu, Sanju and Osman at her own home on August 29.

Later, on August 31, Rasel Ahmed and his associates abducted and kept her confined at an office room for three days, where she was repeatedly gang-raped by four to five men.

The victim, however, managed to flee and her relatives admitted her to hospital on September 6.

Later, police arrested Russel when the victim lodged a written complaint about the matter. They also arrested Ghantu over the incident.

But the OC Obaidul Hoque did not record any case and instead married the victim off to Russel at the police station on September 6.

Meanwhile, the OC denied the allegation, saying the woman withdrew the complaint after filing it.

Earlier, a probe body was formed to investigate the matter and a show-cause notice issued to the OC demanding explanation.