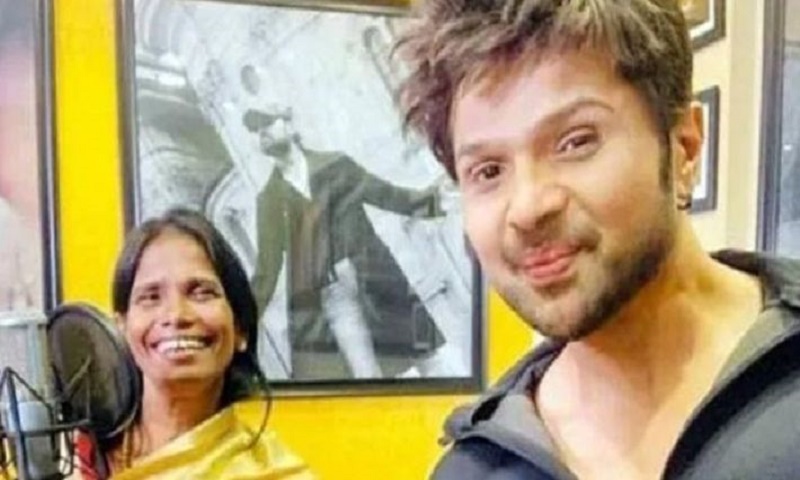 Indian music composer Himesh Reshammiya on Wednesday said that Internet sensation Ranu Mandol is inspired by Lata Mangeshkar and has not done a “straight copy” of the legendary singer’s work, reports PTI.

Recently, Mangeshkar was quoted as saying that aspiring singer will only get short term success if imitate the works of yesteryear legends.

Reshammiya, who has recorded two songs with Mandol for his upcoming film Happy Hardy and Heer, said Mangeshkar’s comments must be taken in the right context.

“She has been inspired by Lata ji but no one can become a legend like her. She is the best. Meaning of Lata ji’s comment was that you can get inspired, it’s a good thing, but it’s not necessary to (do a) straight copy. Which she anyway hasn’t done,” he told reporters.

There is a difference between being inspired by a singer and copying that person’s work, Reshammiya said.

“Today, Arijit Singh is a great singer and if someone starts to sing exactly like him, then it doesn’t work as much. Eventually, an inspiration is very important.

“We are all inspired somewhere. When I started high pitch singing, people called it nasal singing but somewhere international singing was always nasal, which is now common. Inspiration is very important… Ranu was born talented,” he added.

Himesh was speaking at the launch of the song, “Teri Meri Kahani”, sung by Mandol, for his film.