Duminy, Lamichhane get Tridents off the mark 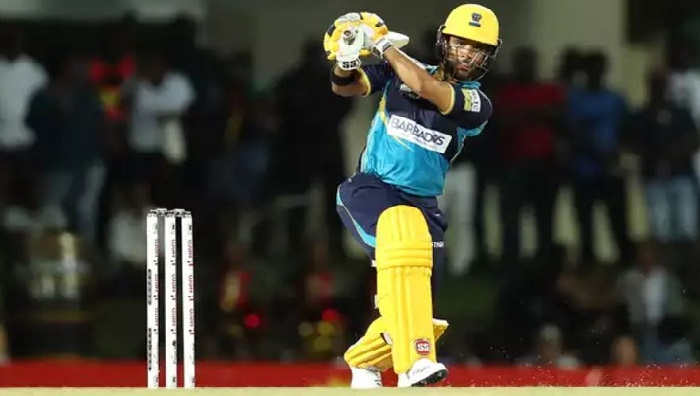 A day after achieving the second-highest successful chase in T20 history, St Kitts & Nevis Patriots' powerful top-order was brought down to earth by a disciplined Barbados Tridents, whose bowlers combined effectively to deliver the teams' first win of CPL 2019.

Sandeep Lamichhane did the star turn for the Tridents, 3 for 22 condemning the Patriots, his former franchise, to an 18-run defeat.

Unlike the crash-bang-wallop tempo of yesterday's record-breaking fixture at the same venue, this contest played out in a more start-stop manner given the rain clouds that loomed over St Kitts on match day. The weather factor and the highs of yesterday forced SNP captain Carlos Brathwaite to bowl first, allowing Tridents to set the pace early on.

It was Johnson Charles who got Tridents on the way, stroking a vital, albeit out-of-character, 43-ball 52 on a surprisingly two-paced track. Following the early departure of Alex Hales, it was Charles who combined with Leniko Boucher for an 85-run second-wicket partnership, one that married circumspection and adventurism rather judiciously. Despite playing a good number of dot balls, between them, both Boucher and Charles hit as many as half-a-dozen sixes to keep the scoring rate up.

Even though Charles and Boucher hit half-centuries, the defining knock of the Barbados innings was played by JP Duminy, who walked into bat at the end of the 14th over and smashed an unbeaten 18-ball 43, including four sixes and a couple of fours. Duminy's late charge helped the Tridents add 72 off the final six overs, propelling the score well above par to 186.

SNP found out rather quickly that the surface in play was in stark contrast to the one on which they hunted down 241 yesterday. Jason Holder knocked over both Devon Thomas and Evin Lewis at the top of the order, paving the way for Lamicchane to terrorise the middle-order. While Laurie Evans did his best to keep his team abreast of the asking rate with a 41-ball 64, the Nepalese legspinner and Hayden Walsh (2 for 33) combined to leave SNP reeling at 112 for 9.

A 45-minute rain interval followed post which Dominic Drakes, son of former international Vasbert Drakes, led an inspired assault. Drakes smashed 34 off 14 as SNP finished only 18 short of the target and in the process gave another nod to Duminy's late-overs pyrotechnics in the first innings.