‘Secretive Works of an Outsider’ underway at Kalakendra 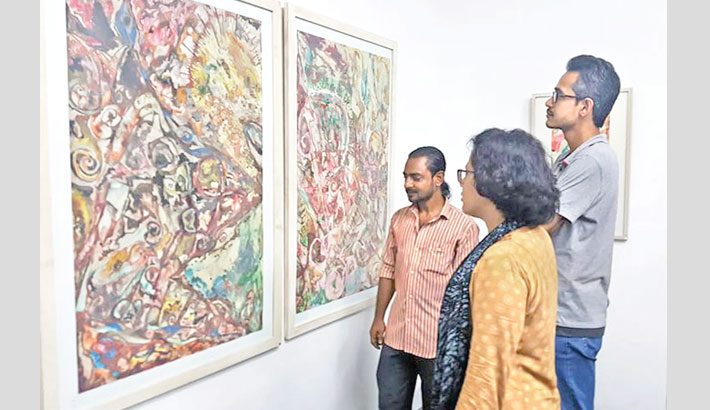 Solo art exhibition titled ‘Secretive Works of an Outsider’ by Owazuddin Mamun is underway at Kalakendra in the capital’s Mohammadpur area.

Organised by Kalakendra and curated by Wakilur Rahman, the exhibition began on August 24 and will continue till September 16.

Dhaka University’s fine arts faculty Dean Nisar Hossain was present as special guest at the inaugural ceremony of the exhibition.

Mamun never received any formal education on art. His works were brought to the Dhaka University’s fine arts faculty’s dean Nisar Hossain’s office by the artist Shahabuddin Sheikh. When asked where he found them, he replied that these were found in the dustbin of the institution. Later, they located Owazuddin and encouraged the artist for holding the exhibition.