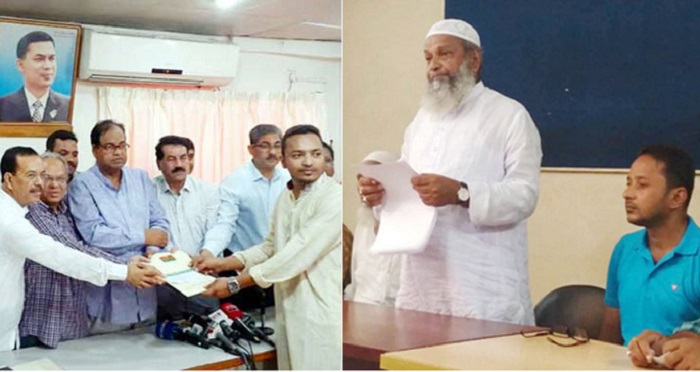 Kazi Ronakul Islam, a presidential aspirant of Jatiyatabadi Chhatra Dal (JCD), had been abandoned from the family for the last 15 years, said his father Kazi Rafiqul Islam.

He said his son Shrabon had been detached from the family for the last 15 years for his different political stand adding that without biological relationship there was no relation with him.

He informed media that he is the father of six children—five sons and one daughter. All but youngest son Shrabon are active in Awami League politics. His only daughter is married and now a housewife.

In a written statement, Rafiqul Islam further said from the beginning he was a follower of Bangabandhu Sheikh Mujibur Rahman. He was sent to jail for 11 months by the government after 1975’s massacre.

“I endured indescribable torture throughout the period but did not decline from my political ideals,” he added.

He said this press conference for clarifying about his relation with his son Shrabon as a nexus of schemers spreading falsehood against him.