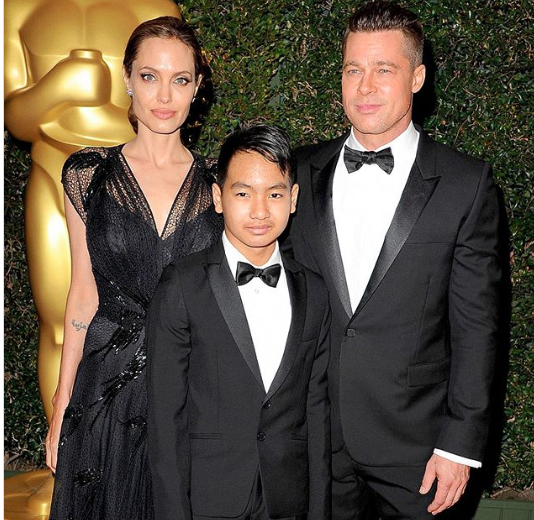 Brad Pitt and Angelina Jolie’s son, Maddox, spoke about his strained relationship with his father in a rare video interview obtained by In Touch. In the video, Maddox speaks about moving to South Korea to pursue higher studies, and his relationship with Brad, which is reportedly on the verge of ending.

In the one-and-a-half minute video, a man can be heard asking Maddox questions as he walks around what appears to be his college campus.

When asked if his siblings — Pax, 15, Zahara, 14, Shiloh, 13, and twins Knox and Vivienne, 11 — are happy about him moving abroad, Maddox responded, “Yeah, I think so.” Asked if his father is expected to visit, Maddox said, “I don’t know about that [or] what’s happening.”

When the man asked Maddox directly, “Is your relationship with him sort of over?” he replied, “Well, whatever happens, happens.”

It was reportedly after an altercation between Maddox and Pitt in 2016 that Jolie filed for divorce. Pitt was investigated for child abuse and subsequently cleared. It was reported that a drunk Pitt had attacked Maddox on board a flight, and that ground authorities had to be alerted to receive the family when they landed in Los Angeles. According to US Weekly, Maddox and Pitt have spent little time together since the alleged altercation.

Pitt has since spoken about his struggles with alcohol, and attending Alcoholics Anonymous meetings. He said in a recent interview that he has quit drinking. US Weekly had in the past quoted a source as saying, “Maddox doesn’t really see himself as Brad’s son.”

Maddox was seen off at university by Jolie, and videos of the teary mom were shared online when she dropped him off a few weeks ago. Both Pitt and Jolie have movies coming out in the next few weeks. While he will be seen in Ad Astra, she will appear as Maleficent in a sequel to her 2014 film.