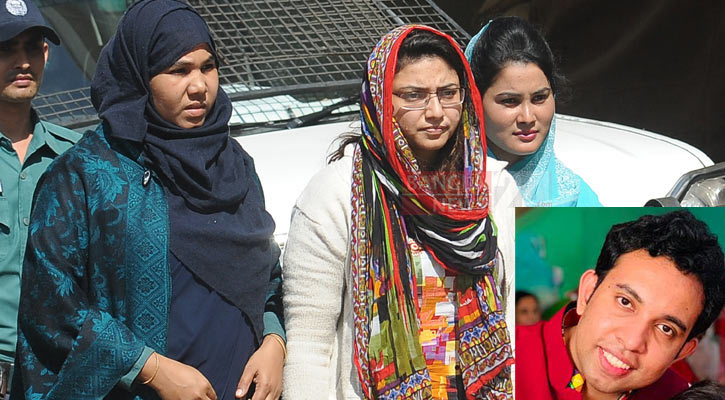 Police pressed charges against five people including the wife of Mustafa Murshed Akash, who died allegedly by suicide after citing her adultery, for instigating the Chattogram physician to take his own life.

Sub-Inspector Abdul Quader, who is also the ingestion officer of the case submitted the charge-sheet to the police’s prosecution department on Monday and the law enforcers forwarded it to court on Wednesday.

Jobeda Khanam, mother of Akash filed a criminal case against his wife Tanzila Hoque Chowdhury Mitu and five others at the Chandgaon Police Station on February 1.

The others accused in the case were Mitu’s mother Shamim Shelly, father Anisul Hoque Chowdhury, younger sister Sanzila Hoque Chowdhury Alisha, Mitu’s so-called friend doctor Mahbubul Alam, and one Uttam Patel, who resides in the US.

However, the name of Patel has been dropped.

On January 31, Akash, 33, reportedly took his life over a family feud in Chandgaon residential area in Chittagong, after an altercation with his wife over her alleged extramarital affairs.

According to family members, Akash shared photos of his wife on his Facebook profile, posting about her alleged illicit affairs, before announcing his decision to end his life.