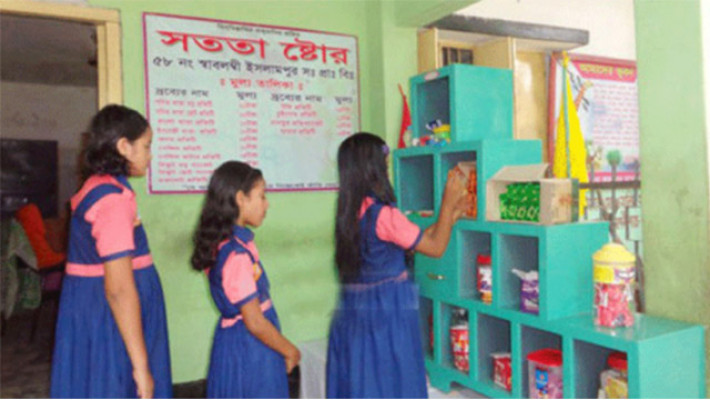 The initiative of launching “Satota Store” (Integrity Store) of the Anti-Corruption Commission (ACC) at educational institutions would help to produce honest and greedless future generation.

The observation came today at a function arranged by Lalkuthi Girls’ High School and College at its auditorium for inauguration of a ‘Satota Store’ at the educational institution of the city.

Deputy Director of the ACC at its Rangpur district combined office Md. Sheikh Mesbah Uddin addressed the function and inaugurated the ‘Satota Store’ in the institution by cutting ribbon as the chief guest.

The speakers appreciated the idea of ‘Satota Store’, a unique type of shop, where students would practice shopping necessary educational inputs honestly for themselves without any shopkeeper.

Akbor Hossain said students would build themselves as future leaders of the nation with honesty and patriotic zeal by practicing integrity at ‘Satota Store’ to make them honest and ideal citizens for building a corruption-free society.

Illustrating example of the ‘Satota Store’ that succeeded toward the direction of practicing honesty in other parts of the country, the chief guest asked the students to play their role confidently in keeping the society free from corruption.

Principal Abdur Rouf Sarkar called upon the students to nurture the practice of integrity on their way to life for becoming honest and greedless people with patriotic zeal to build a corruption-free and prosperous country.