Shakib yet to talk about his captaincy: Papon 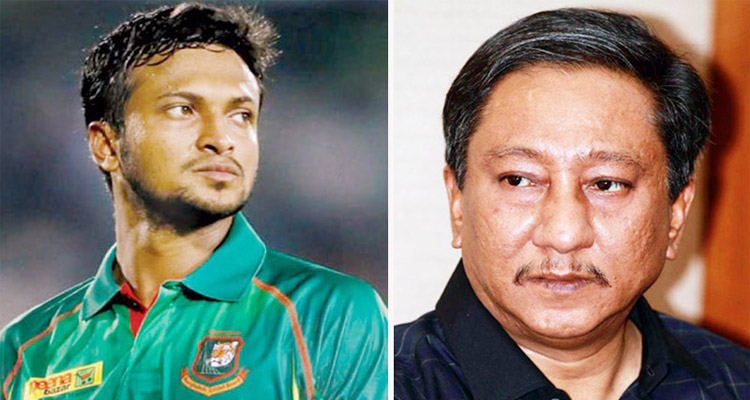 While Shakib Al Hasan quite repeatedly showed his unwillingness to lead the side in any format of cricket during his interaction with media, Bangladesh Cricket Board (BCB) president Nazmul Hassan Papon said the player himself didn’t officially talk to him regarding this matter.

”Even yesterday I had a meeting at home with some of senior cricketers that including Shakib and he did not speak anything formally with me regarding his captaincy,” Papon said here on Wednesday.

The BCB president rather said the ace all-rounder appeared to have quite reluctant to play Test cricket.

”But never heard anything that can suggest he is not interested to lead the side.”

”But when you are the captain you will have to play Test while this may not be the case if you are not leading the side and so probably for this reason talks regarding his captaincy came up,” he said.

“But we must admit he had given a lot of service. We feel he is the best from the option that we have [as far as skipper is concerned],” he said.

“Probably he said something like if he stays as the captain he needs to talk with the board in the media but till now he did not say anything in this regard with the board.”

”Right now we are the middle of the series and I don’t think it is the right time to talk with about it [captaincy] but if the topic was raised I would have naturally spoken with him about it,” he said.

The BCB president said Shakib might be disturbed with the defeat at the hands of Afghanistan which may prompt him to be emotional.

“When he talks with us we would talk with him formally. What happen is that at time you are very disturbed and he did not go with us in the last few Test and all of a sudden this loss to Afghanistan,” he said.

”Our boys are very emotional and we have to talk when everything is cooled down,” he said.

Shakib after losing the only Test to Afghanistan in Chattogram stated that he need to talk with BCB if he leads the side but prefers not to take the burden to concentrate more on his game.

“If I don’t take that role, I can focus on my game more. It will also help the team. I want new players to take responsibility. Until you give them responsibility, you won’t understand how they will do. When I was named captain at 22, who knew how good I was.

“We have the Test Championship and T20 World Cup coming up. We should start preparing for next four years from now,” said Shakib.