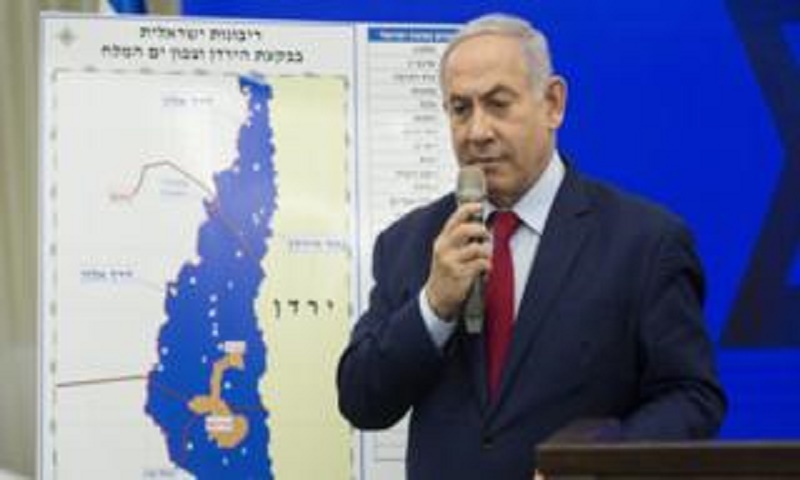 Arab nations have condemned a plan by Israeli PM Benjamin Netanyahu to annex a third of the occupied West Bank, reports BBC.

On Tuesday Mr Netanyahu pledged to apply Israeli sovereignty over the Jordan Valley and northern Dead Sea if he is returned to office following a general election next week.

The chief Palestinian negotiator said the move would be "manifestly illegal".

The annexation proposed by Mr Netanyahu would "bury any chance of peace", Saeb Erekat said.

Israel has occupied the West Bank since 1967 but has stopped short of annexation.

Palestinians claim the whole of the area for a future independent state. Mr Netanyahu previously insisted Israel would always retain a presence in the Jordan Valley for security purposes.

What did Netanyahu say?

The Israeli PM, whose right-wing Likud party is neck and neck in the polls with an opposition centrist alliance, unveiled the plan in a televised address.

"Today, I announce my intention, after the establishment of a new government, to apply Israeli sovereignty to the Jordan Valley and the northern Dead Sea," Mr Netanyahu said.

He said this could be done immediately after the election if he received a "clear mandate" from Israeli citizens.