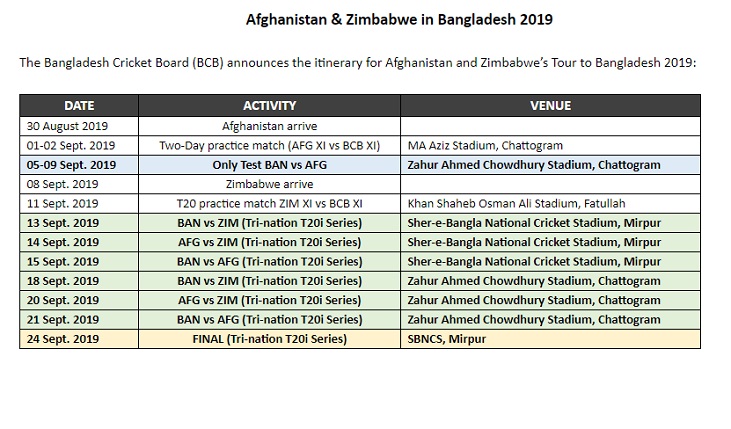 Bangladesh Cricket Board (BCB) has announced the ticket prices for the first three days of the upcoming tri-nation series among Bangladesh, Zimbabwe and Afghanistan to be held at the Sher-e-Bangla National Cricket Stadium in Mirpur.

The series is set to begin from September 13 when the Tigers play Zimbabwe in the series opener.

The highest price for a ticket is Tk 2000 for BCB’s hospitality lounge and the lowest prices that tickets will be available at is TK 100 for the Eastern stand.