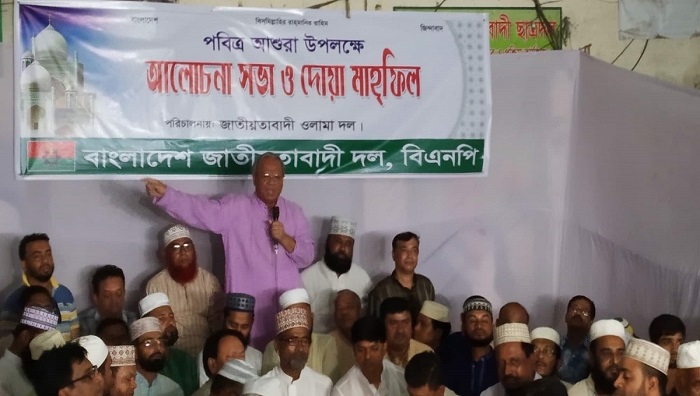 The BNP leader came up with the remarks at a discussion-cum-milad mahfil arranged by the party at its Nayapaltan central office, marking the holy Ashura, commemorating the martyrdom of Hazrat Imam Hussain (RA).

“Obaidur Quader its advertisement manger while Hasan Mahmud is his assistant. The Prime Minister herself is its chairperson,” Rizvi further said.

He criticised the Prime Minister for calling BNP founder Ziaur Rahman as an illegal president and accused her of spreading envy and hatred.

Rizvi said the people are the owner of the country and understand that their franchise, freedom of speech, movement have been looted by the Awami League government.