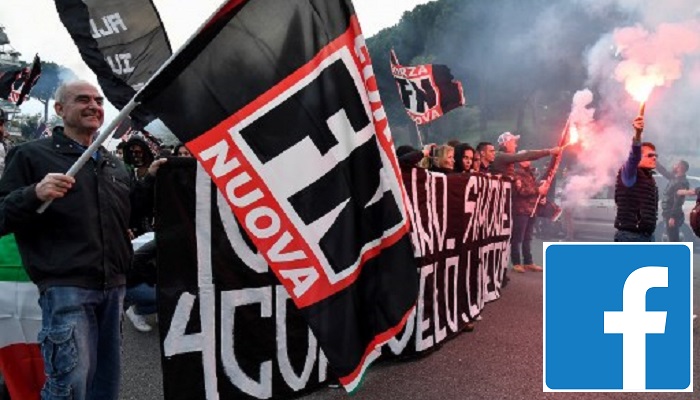 Social network giant Facebook has shut down the pages of Italian neo-fascist parties CasaPound and Forza Nuova, prompting threats of a class-action lawsuit from their leaders.

"People and organisations who spread hate or attack others on the basis of who they are have no place on Facebook and Instagram," the company said in a statement sent on Tuesday.

"The accounts we have banned today violate this policy", it said.

The parties' chiefs -- who also had their personal accounts shut -- slammed the move as anti-democratic.

CasaPound's president Gianluca Iannone said the party would "file an urgent class-action lawsuit" against the US giant.

Its secretary Simone Di Stefano railed against what he described as a "spit in the face of democracy", while Forza Nuova head Roberto Fiore said the shut-down was a "repression" of free thinking.

The Forza Nuova website boasts the slogan "Italy for Italians" and is accused of encouraging violence and intolerance.

Activists from both parties took part Monday in a demonstration against the new pro-European government, organised by the small, far-right Brothers of Italy party in front of parliament, where Prime Minister Giuseppe Conte was giving a speech.

They could be heard chanting "Duce! Duce!" -- the title fascists used to address 20th-century dictator Benito Mussolini -- and performing the right-arm fascist salute.

Many on the political left welcomed Facebook's decision.

Conte on Monday called on the political class and Italian citizens to moderate their tone -- particularly on social networks -- following 14 months of a populist government which has fomented hate, particularly via the Internet.