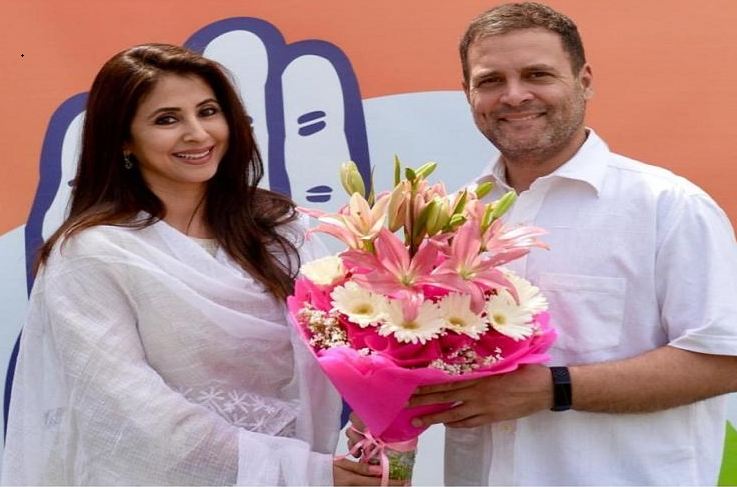 Actress Urmila Matondkar, who joined the Congress barely five months ago ahead of the Lok Sabha elections, quit today with a barbed statement that left the party red-faced ahead of the coming assembly elections in Maharashtra.  Underscoring the deep factionalism within the party, Urmila Matondkar said did not wish to be used for "petty in-house politics".

"It is obvious that the key functionaries of Mumbai Congress are either unable or not committed to bring about a change and transformation in the organisation for betterment of the party," she said in a statement to the media.

"My political and social sensibilities refuse to allow vested interests in the party to use me as a mean to fight petty in-house politics instead of working on a bigger goal in Mumbai Congress."

The actor-turned-politician, who unsuccessfully contested the Mumbai North seat against the BJP's Gopal Shetty, also expressed concern over "an act of blatant betrayal" in connection with a letter sent to Milind Deora, who quit the post of the state party chief last week.

Referring to her letter, Urmila Matondkar told the media that not only no action was taken on her complaints, her letter - a "privileged and confidential communication" was "conveniently leaked to the media".

"Needless to say, no one from the party was apologetic or even concerned towards me for the same despite my repeated protests. Significantly,  some of the persons specifically named in my letter for the shoddy performance of INC in MUMBAI North were rewarded with newer positions instead of holding them accountable for their acts and omissions," she told the media.

In her letter dated May 16 -- a week before the Lok Sabha election results were announced - Urmila Matondkar had criticised the conduct of two local leaders, who, she said, were "lacking political maturity, discipline" were creating controversies.

Sandesh Kondvilkar and Bhushan Patil were close associates of Sanjay Nirupam, who preceded Milind Deora as the chief of the party's state unit, during campaigning. Mr Deora had been one of the arch-critics of Sanjay Nirupam.

Deora had resigned last week, following the party's rout in the state in the national elections. He has been replaced by Eknath Gaikwad, who has been named the interim chief.