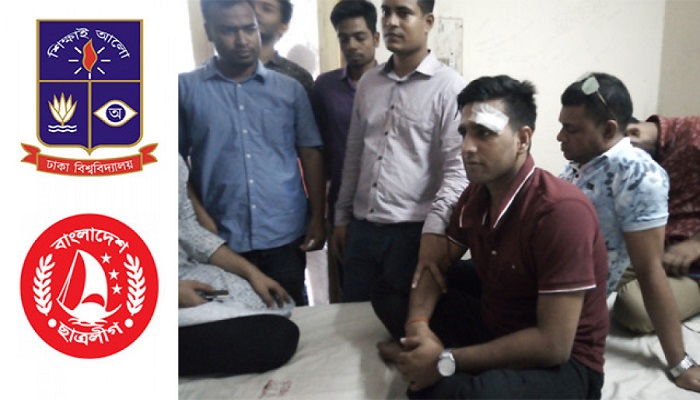 Two BCL leaders were injured when a clash broke out between two factions of the ruling party’s student wing at Madhur Canteen on Dhaka University campus on Tuesday.

The factional clash between the two BCL vice presidents was instigated over an alleged competition of riding on personal car of BCL President Rezwanul Haque Chowdhury Shovon.

BCL vice president Shahriar Kabir Biddut was rushed to the Dhaka Medical College and Hospital (DMCH) as his eyes got hurt during the clash. Biddut required three stitches above the eye, eyewitnesses said.

On information, both of the BCL leaders are followers of Rezwanul Haque Chowdhury Shovon.