Government to use drones to protect Sunderbans 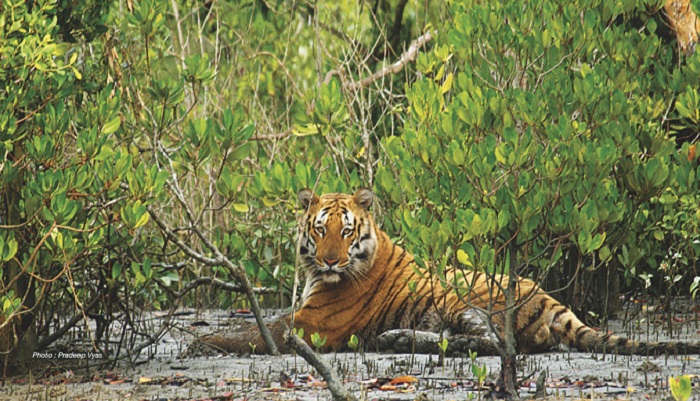 Department of Forest (DoF) has taken plans to use drones to combat crime and fencing major parts of the Sunderbans boundary to protect tigers as well as other wildlife.

The department has already sent a mega project to the Ministry of Forest and Environment which aims to observe Sunderbans, the largest mangrove forest in the world. The mega project includes the latest digital technology, drones and fencing.

“The government has taken a number of initiatives including smart patrolling and rehabilitation of forest robbers who had surrendered to law enforcers to protect Sunderbans,” said a forest official.

“Government will also provide training to workers about using drone in the forest department,” he said.

Deputy Chief Conservator of Forest Md Ameer Hossain Chowdhury said, “Criminals frequently enter the forest illegally and log Sundari trees, hunt tigers and deer through trapping and firing, and catch fish from its rivers and canals using pesticide. Even they set fire to the forest to clear it so that they can catch fish during the monsoon”.

It is worrying that despite widespread concern regarding the preservation of the Bengal Tiger in the Sunderbans, their population has barely increased since 2015, rising from 106 to 114, he said, adding India already is getting success by using drone in its Sunderban part. Net fencing will be set up in the Bangladesh part so that tigers can’t go outside from its territory”.

He, however, said, “Crime is declining in the Sunderbans as smart patrolling proves to be an effective mechanism to combat forest crime. Members of a special smart patrol team are conducting drive in different parts of the Sunderbans using a cyber-tracking system aiming to preserve wildlife, including the Royal Bengal Tiger and deer”.

As the Sunderbans is the lone natural habitat for the Bengal Tiger and Gangetic dolphin, the wildlife is facing different challenges due to poaching and destruction of natural fores

The forest department data also showed that at least 49 tigers were killed between 2001 and 2014, and about 232 people were killed in tiger-human conflict during the same period.