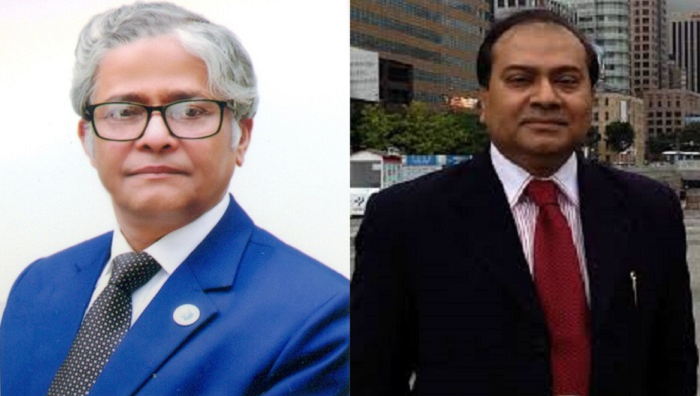 A group of the Parishad leaders and activists staged a protest rally demanding their resignations at the foot of Raju Memorial Sculpture on Dhaka University campus this afternoon.

The student leaders came up with the demands following the publishing of a media report today claiming that DU VC Prof Md Akhtaruzzaman and Dean Prof Shibli Rubaiyat Ul Islam have illicitly given chances to some 34 BCL leaders in getting admissions in an evening course under the university’s business studies faculty.

Hasan Al Mamun, convener of the Parishad, said, “Admission seekers get chances in the Dhaka University after they appear in the entry tests. But Prof Md Akhtaruzzaman and Shibli Rubaiyat Ul Islam have illicitly permitted 34 leaders of a certain student organisation in an evening course through ‘notes’ just before the DUCSU elections.”

Terming Prof Akhtaruzzaman as ‘Note VC’, he also said their (VC and Dean) morality has degraded by giving the illicit chances to the DUCSU candidates.

“We demand the resignation of the VC and the Dean. At the same time, we demand a fresh election for the posts of those DUCSU and its hall unit’s leaders, who were elected through cheating and getting admission illegally.”