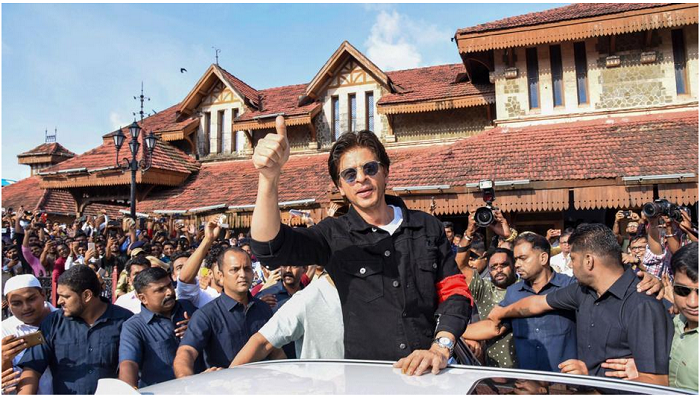 Actor Shah Rukh Khan has not signed any new film after the debacle of his last release, Zero. However, every now and then, rumours do the rounds. The actor took to Twitter on Sunday to set matters straight — he has not signed any film, after it was reported that he had signed a film with Ali Abbas Zafar.

On Twitter, Shah Rukh wrote: “It’s always nice to know that in my absence & behind my back , I have surreptitiously signed so many films that even I am not aware of!! Boys & girls I do a film when I say I am doing it....otherwise it’s just post truth.” Shah Rukh tweeted after unconfirmed reports had claimed that he had reportedly signed two movies scheduled to begin filming next year, of which, one film would be an action flick directed by Ali Abbas Zafar and would feature Katrina Kaif.

Zero, which also starred Anushka Sharma and Katrina, proved to be a dud at the box office. Speaking about Zero, on the sidelines of the 10th edition of Indian film festival of Melbourne (IFFM), earlier this year, the actor had said he decided to take a break and has been travelling and discovering new stories. “I just finished the last film I made and to put it lightly it was a disaster. I said to myself that let me enjoy a little bit of un-success as I had success for so long. So I have taken some time off for next four or five months. As a matter of fact I’m on these breaks, coming here (Melbourne) and meeting people, realising and discovering new stories, doing intellectual speaking.”

As part of one of these “breaks” Shah Rukh took of for a vacation to Maldives with his kids, Aryan, Suhana and AbRam in July this year. He shared a video on their way back home. Sharing a video from their yatch, he wrote: “Feeling bad having to leave Maldives and especially all the wonderful people at #JumeirahVittaveli. Thank u for a lovely holiday @jumeirahvittaveli will miss u all.”