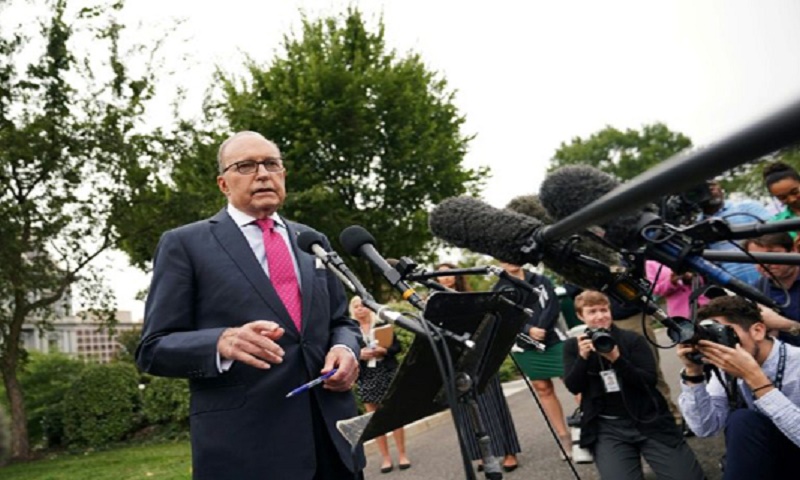 US President Donald Trump on Friday said the costs of his protracted trade war are falling squarely on China, but a top adviser warned that the struggle between the economic superpowers could drag on for years.

Top-level negotiators are due to resume stalled talks in Washington early next month, with lower-level staff preparing the way in late September, according to officials on both sides, reports AFP.

And Trump says the pressure is on China to come to the table.

“China is eating the tariffs,” Trump said on Twitter, repeating his claim that higher duties mean Washington is collecting billions of dollars from the Asian giant, without costs being passed on to US importers.

“China having worst year in decades. Talks happening, good for all!”

The face-off between the number one and two economies began about 18 months ago and now features steep tariffs on hundreds of billions of dollars’ worth of trade. Trump says he wants to force China into radical change on protection for intellectual property and other key aspects of the current trading relationship.

But White House economic adviser Larry Kudlow cautioned that the trade war could be a drawn-out contest resembling the Cold War under president Ronald Reagan in the 1980s.

Corporate earnings reports indicate US companies have been hit by the tit-for-tat measures and overall uncertainty. A report released this week said more than 10,000 job cuts announced last month stemmed from “trade difficulties.”

Tariffs were hiked by both sides last month and US duties on Chinese goods are due to rise further in October and December.