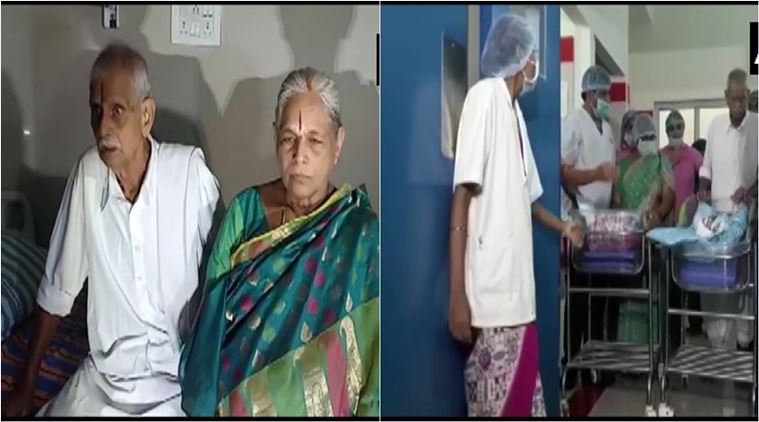 A 74-year-old woman in Andhra Pradesh of India gave birth to twins Thursday, with doctors saying she may be the oldest woman to have given birth and it may be a world record.

E Mangayamma from Draksharamam in the East Godavari district of the state delivered two girls at Ahalya Hospital in Guntur through a caesarean (C-section). Both the mother and the newborn twins are safe and stable, said Dr Sanakkayala Aruna, the gynaecologist under whose care the caesarean section was performed.

The woman, who married her husband, 80-year-old E Raja Rao in March 1962, always wanted to have children but they weren’t able to. Their hopes were raised last year when one of their neighbours recently conceived and delivered a baby through artificial insemination, at the age of 55 years, said a PTI report.

They reached out to doctors at the private hospital, where she gave birth on Thursday morning. The woman went through the IVF procedure and conceived in January this year.

Given her age, the to-be mother was kept in the hospital under the constant care of specialist doctors.

“She remained healthy as she did not have diabetes or blood pressure. Since she is 74-year-old, we had to perform Caesarean section to deliver the babies,” Dr Aruna told PTI.

As the woman had already crossed menopause, the doctors had to obtain eggs from a donor and fertilise them with sperm from her husband, news agency ANI reported.

However, this isn’t the first time a septuagenarian has given birth in India. In 2016, a 72-year-old woman from Amritsar in Punjab gave birth to her first child who was also conceived through IVF. 70-year-old Rajo Devi, a resident of Jind district in Haryana, had become mother through IVF in 2008. However, doctors have cautioned that pregnancies post the age of 35 come with certain risks, which are much greater in the case of mothers who are senior citizens.