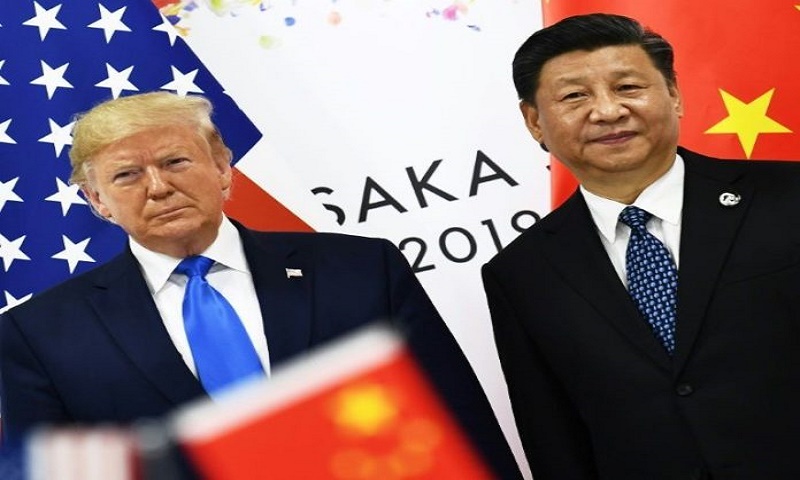 Amid fresh signs his trade wars are rattling the US economy, President Donald Trump on Tuesday sent stern

warnings to China, urging the Pacific power not to drag its feet in trade negotiations.

After a month of escalations in the year-long battle with Beijing, Trump fired off another Twitter blitz, saying Chinese negotiators may be holding out for a better deal in hopes he will be voted out in next year’s presidential elections, reports AFP.

The latest invective from the White House ended the more conciliatory tone struck last week by both sides, which had helped soothe markets.

“While I am sure they would love to be dealing with a new administration… 16 months PLUS is a long time to be hemorrhaging jobs and companies,” Trump said, claiming China’s deteriorating economy could ill afford to wait.

“And then, think what happens to China when I win. Deal would get MUCH TOUGHER!”

Wall Street sank into the red early Tuesday, the first trading sessionsince Trump jacked up duty rates on more than $100 billion in Chinese imports over the weekend.

US and Chinese negotiations are due to resume this month after a sharp deterioration in the year-long trade war in August.