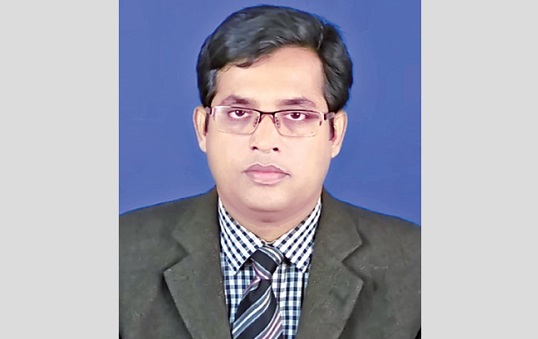 For the last couple of months, social media platforms have remained quite busy in holding discussions on the issue of the government’s initiative to frame the unified recruitment guidelines for all public universities based on the draft prepared by the University Grants Commission (UGC). This is not the first time that the academicians have got involved in such types of discussion. Rather, it has remained as one of the most important issues of discussion for years as the recruitment guidelines of public universities have been vehemently criticised on the ground of politicisation, nepotism, and favouritism. Most importantly, many of us were claiming that the government should intervene in the process in order to save the universities from further deterioration in terms of quality. Honestly speaking, if universities fail to recruit qualified teachers, they would fail to contribute positively to the development of quality education in the country.

Considering this brute reality, the UGC has been working on this issue for a long time although they have struggled to reach a consensus on the draft of the unified recruitment guidelines. I could still remember that the draft was first shared with the university authorities and teachers’ association of different public universities in 2014/15. Later on, the draft was also discussed among the teachers of respective universities as well as federation of university teachers association who then came up with a number of suggestions and conveyed those to the UGC. It is worth noting that UGC frames different guidelines and provides directions to public universities. But in most cases, the foremost ancient public universities do not consider many of the directions seriously on the ground of their autonomous status. That is why the issue got stuck for some time to see the light.

The issue again came into the spotlight of discussion when the new education minister expressed her desire to implement the unified recruitment guidelines for all public universities. That is why, the ministry formed a high powered committee to discuss the proposal of the UGC in this regard. Unfortunately, there was no representation of university teachers in that committee. Instead, it was mostly dominated by bureaucrats. I have a strong reservation on this particular policy. The ministry should consider the fact that the representation from people belonging to education sector could have provided legitimacy to their decision. Later on, due to the demands of the academicians, the ministry has incorporated one or two academicians in this committee.

The university teachers have already tripped over in conflicting situation with the bureaucrats. It started during the time when the government proposed the abolition of the selection grade for the public university teachers during the implementation of 2015 play scale. During the time, the teachers’ associations of different public universities along with the federation came on the street demanding the restoration of selection grade. Finally, the provision was reinstated only after the intervention of the honourable Prime Minister with the imposition of some restrictions to reach grade 2 and 1. Many of us are not happy with such restrictions though it was not very strict in a sense. But, at the same time, the imposition of these restrictions has created some degree of discontent among the university teachers.

Now a pertinent question is: why the draft of the unified recruitment guidelines has been fervently opposed by the public university teachers. Of course, there are certain reasons for them to be critical. I have always remained a strong supporter of the streamlining of the recruitment policy which is necessary to save our universities. But, at the same time, I do not expect the government to insert such clause in the policy that may deprive the academicians of different benefits that were being availed by them previously. I welcome the government decision to introduce written test, demonstration and interview as the methods of recruitment at the entry-level. It is needless to state that these mechanisms can also be manipulated in the context of Bangladesh if the university administration intends to do so. But, at least, there will be some check and balance if these mechanisms are in place.

However, I am more concerned about a couple of issues that are being discussed on social media for a couple of weeks. It has been learned that the ministry is seriously considering a structure where the position of the Vice-Chancellors has been marked as an administrator. I am not absolutely right whether it is the case or not. But, if the government does so, all of us have an apprehension that the government may appoint someone from outside academia as the vice-chancellor of public universities. If the government does it, it would be a catastrophe in the overall education system. Bangabandhu provided public universities with the autonomy considering them as the conscience of the nation. But, if the university teachers are required to be administered by the non-academics, it will be very pitiable for us.

Of course, one many argue that public university teachers have pushed them in a wonky situation by manipulating every possible opportunity those were given them by the law. I beg to partially differ with such a proposition that all public university teachers manipulate the opportunities. To be honest, there is a group of teachers who use to manipulate autonomy. But at the same time, it is also true that a very few of the university teachers keep them engaged in research although it is one of the two responsibilities that a university teacher is to carry out. But, this situation has not developed in a day or two. Rather, it is the impact of a culminating degradation of our values and ethics in the society coupled with the supremacy of politics in the higher education institutions.

I strongly believe that the government should have acted on this issue 10 to 15 years ago. Since the 1990s politics started to determine everything in higher education institutions starting from the appointment of Vice-Chancellors and all other administrative issues. As a result, patriarchy has become a dominant feature of our education system outscoring meritocracy. Thus, once someone gets an appointment only on the basis of political consideration instead of academic credits, he/she sees everything through the lens of politics. This political exercise has brought upheaval to our education system. There is no guarantee that an administrator from outside the academia would bring back order in these institutions. Thus, the government should consider the gravity of the issue very seriously.

The government requires considering the whole issue of quality of education from a holistic perspective. If they really want to accelerate the quality of education, they should first consider appointing Vice-Chancellors on the basis of the recommendations of the university senate and discourage the practice of politics in the educational institutions. There is a trend all over the world that university teachers are highly paid employees. It is so done as they are perceived as the conscience of the nation who could contribute to the country by producing quality researches and providing direction to the government. The salary structure of the university teachers is very high in most of our neighbouring countries, including India, Sri Lanka, Pakistan and Nepal. Unfortunately, in Bangladesh, there is a tendency that the administration cadres use to avail all sorts of opportunities while the facilities of the university teachers are being curtailed. This has created immense negativism among the academicians about the intention of the government as well as the officials of administration cadre.

We all should know that development is a multi-dimensional concept. If we really claim to become developed, that should happen in every aspect of our society. A mere increase in the GDP and the amount of foreign reserve would not ensure true development in the country. Thus, the government should come forward with a realistic approach to deal with all sorts of incongruities, be it in the education sector or in bureaucracy. Over-dependence on bureaucracy may bring a devastating effect for the government. We have already learned that discontent has started to proliferate among other professionals along with the academicians. This is not a good indication for the government. Thus, we do not want to stand opposite of each other; rather we want to contribute collectively to the development of the country. The government requires understanding the reality and act accordingly.

Assurance Cell (IQAC) at the University of Rajshahi.