Crows attack this Indian man every day: Here's why 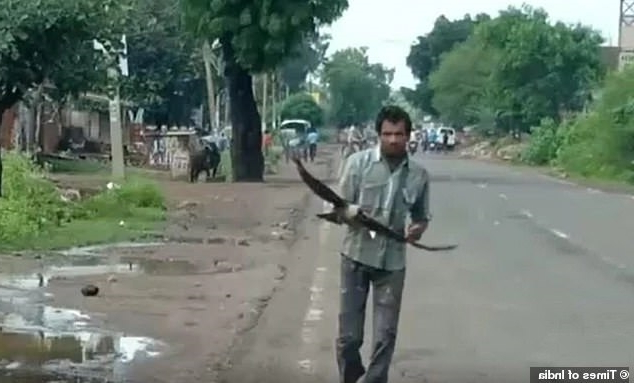 For the last three years, Shiva Kewat has been living a life of fear. Every day, as soon as Kewat steps out of his home in Shivpuri's Sumela village, Madhya Pradesh of India, a murder of crows swoop down from the sky, clawing and biting the poor man.

As bizarre as this may sound, for Kewat, the experience is nothing short of torturous.

According to The Times of India, Kewat started being attacked by crows around three years ago.

Initially, he didn't take the attacks seriously, but he soon noticed that he was being singled out by the winged assailants.

Eventually, the injuries on his head have taught him to carry a stick every time he leaves the house.

But the attacks just don't seem to stop.

What had happened three years ago?

Kewat recalled how three years ago, he tried rescuing a crow-chick stuck in iron netting, who unfortunately died in his hands.

Ever since, he's been a target. He told TOI, "If only I could explain to [the crows], I was only trying to help."

Even today, he's careful not to hurt any crows while defending himself. "Poor things, they believe I killed the chick."

Neighbors gather around his home to watch the birds' fury

As unpleasant as Kewat's ordeal sounds, it's intriguing to his neighbors, who gather around his home when he comes out and watch as the birds attack.

The story even reached a freelance journalist in Shivpuri, Ranjit Gupta, who said, "This is the first time I have come across crows bent on vengeance and targeting one individual. There's video footage of crows attacking him."

Now, crows are quite intelligent beings and are known to remember human faces, an observation backed by researchers in Seattle and the University of Washington.

Barkatullah University Professor Ashok Kumar Munjal, who teaches genetics and researches bird/animal behavior, said, "It may not be as complex as in humans, but they do have a tendency of remembering individuals and targeting those who have wronged them."